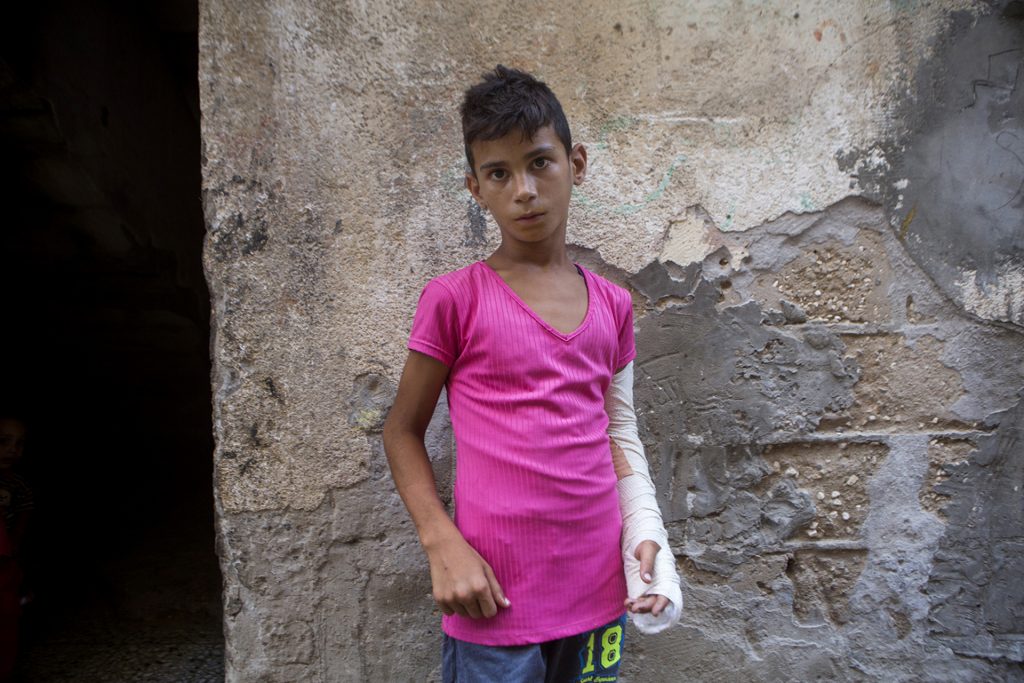 This photo was taken three days after the Israeli navy shelled the Bakr kids playing on the beach. This is Muntasser Ahed Bakr (11); he was injured and severely traumatised in the attack. He witnessed the death of his brother Zakariya and of his three cousins Ahed, Mohammed and Ismail. The attack took place in front of hotels filled with foreign journalists, so it was well documented.

In June 2015 the Israeli military announced that the “extensive” criminal inquiry into the case had been closed because the event was deemed to be a “tragic accident”. 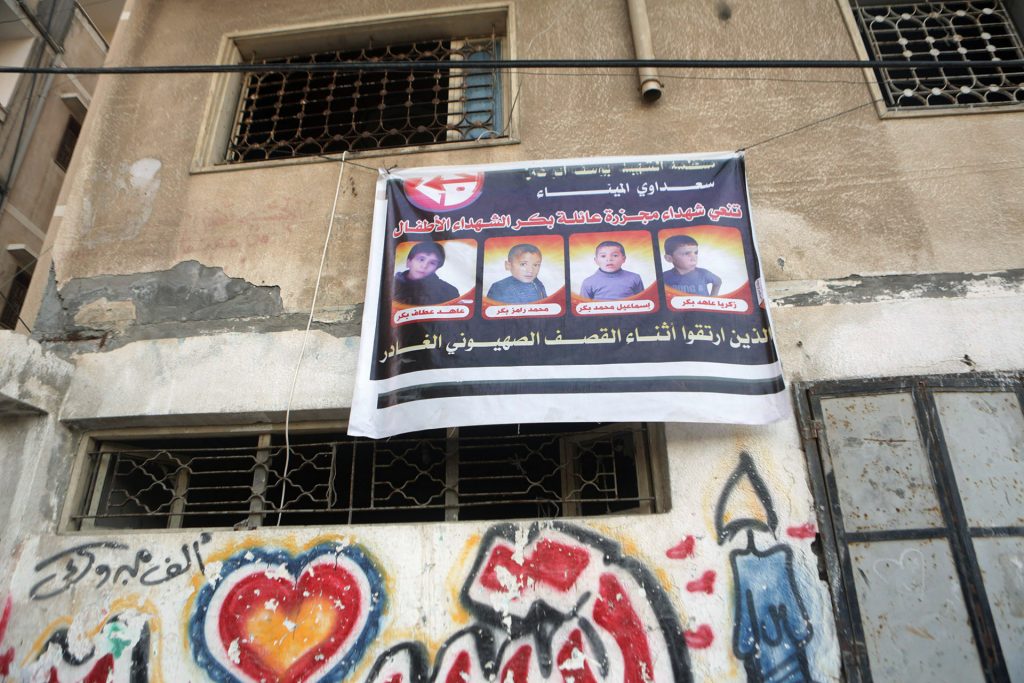 The posters with photos of the dead are a traditional way of commemorating the martyrs, or those killed by the Israeli army. Often the posters have symbols of political movement the bereaved family identifies with; here the red arrow in the top right corner symbolises the leftist group, Popular Front for the Liberation of Palestine.