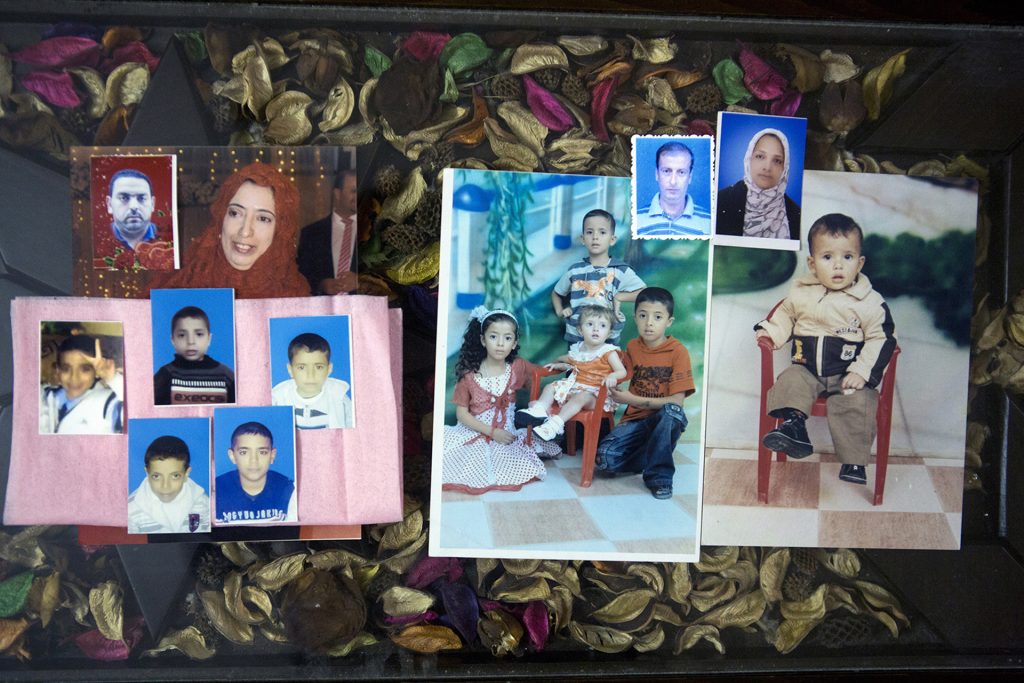 Photos of the 14 members of the Abu Amer family who were killed, displayed in their parents’ home in Bani Suheila, east of Khan Younis. The immediate families of Oroba (left) and her brother Ahmed (right) were entirely wiped out.

In total, 16 members of the Abu Amer family were killed in the attack on the al-Dali building in Khan Younis, where they took refuge. They fled their home in Bani Suheila, after the Israeli army dropped leaflets urging the residents of the areas east of Khan Younis to leave for the city. They stayed in a kindergarten on the ground floor of the al-Dali building. 34 persons were killed in this strike, making it the deadliest attack on a residential building in the 2014 Israeli offensive. 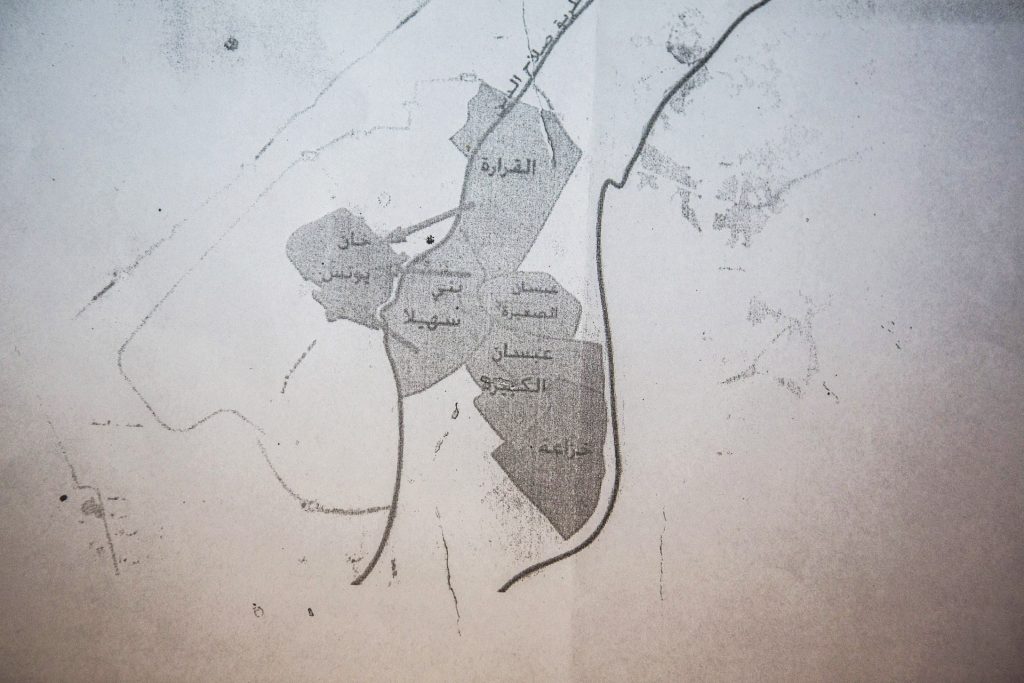