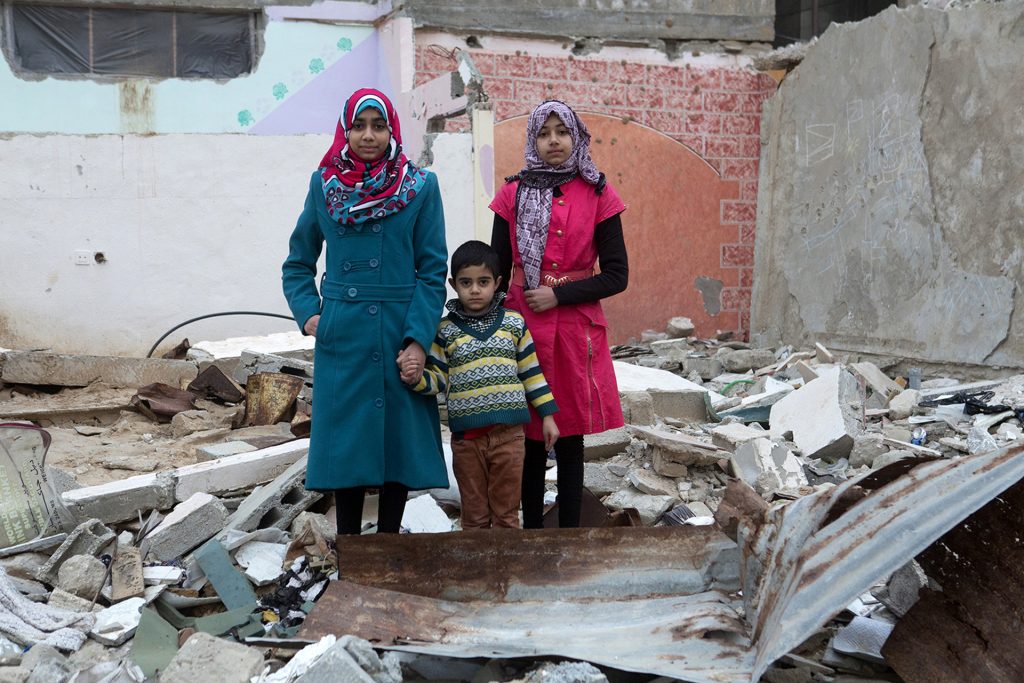 Photo: Lina (15), Anas (5) and Lima (14) amidst the ruins of their house. At 2.45am, an Israeli warplane fired a missile targetting the house of Bassam Mohammed al-Neirab. As a result, the house and three adjacent buildings belonging to Fathi Abu ‘Ayta, Ibrahim al-Manyarawi and the al-Neirab family were destroyed. Eight people from the three families were killed, including six children. Lina, Anas and Lima were buried under the rubble, but they survived. Three of their brothers were killed. At first, everyone thought Anas was dead too; he was placed in a freezer temporarily used for storing bodies, when someone noticed he was breathing. “We saw Anas after more than a week. We were overjoyed to see ‎him,” explains Fathi, his father. 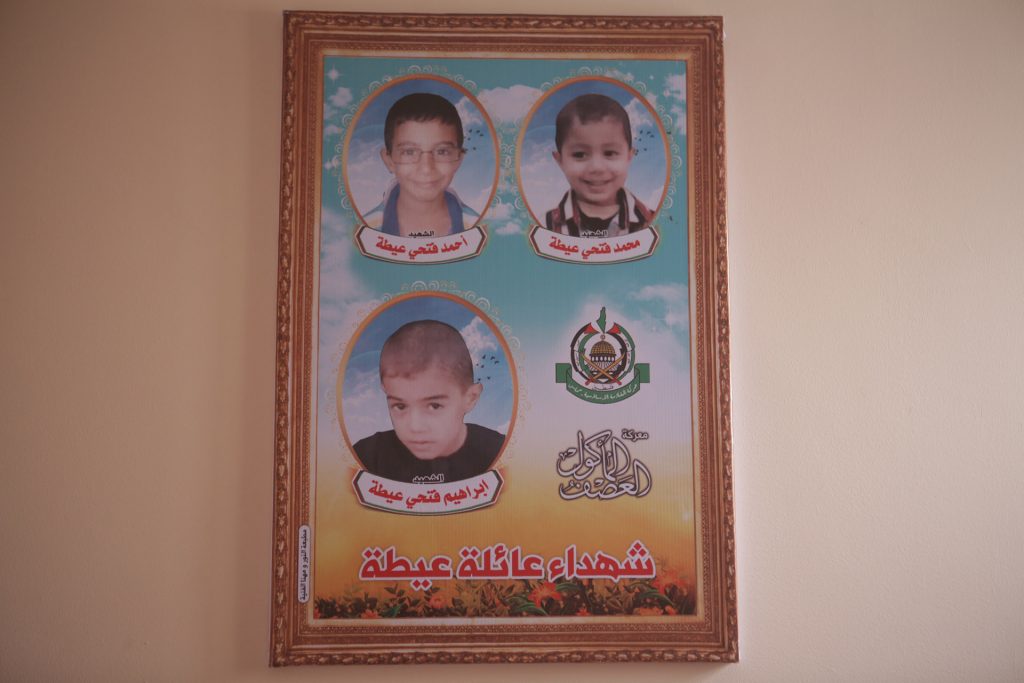