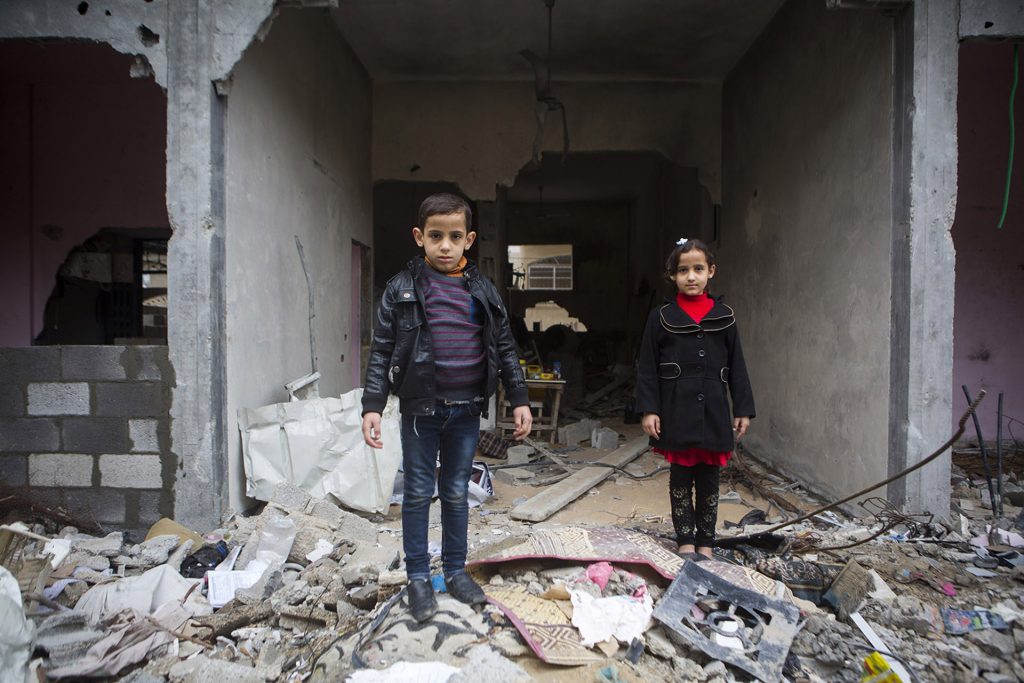 Photo: Ayman (7) and his sister Nour (9) Abu ‘Ayta stand in front of their destroyed home. Five members of their family were killed, including their father Ahmed, their little brother Adham (4) and their grandparents Ibrahim and Jamila. They were killed in their home when a neighbouring house was targeted.

“There was a warning missile, but we did not know which home will be targeted. We all went down to the ground floor. There was another missile. We thought that was it. I wanted to go outside with my brother to see, but my father insisted we don’t go. We were at the entrance with Ahmed. I fell unconscious and I woke up at the hospital,” recalls Mahmoud Abu ‘Ayta (30), Ibrahim’s son.