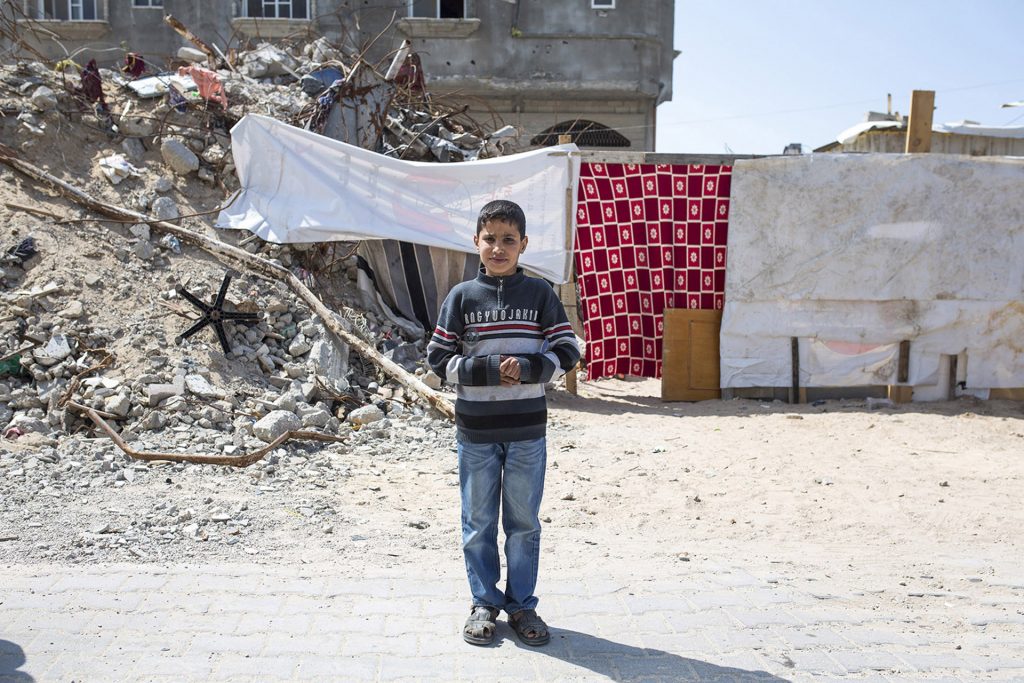 Photo: Mohammed Suleiman Abu Dahrouj (10) standing in front of the shelter that his family built on the ruins of their destroyed house, in al-Zawaida village, close to Nuseirat refugee camp in the central Gaza Strip. Mohammed was seriously injured and had to go to Germany for medical treatment – he still has some shrapnel left in his head. The family of his uncle, Hayel, was wiped out entirely in the same attack.

People killed in the attack in Al-Zawaida village