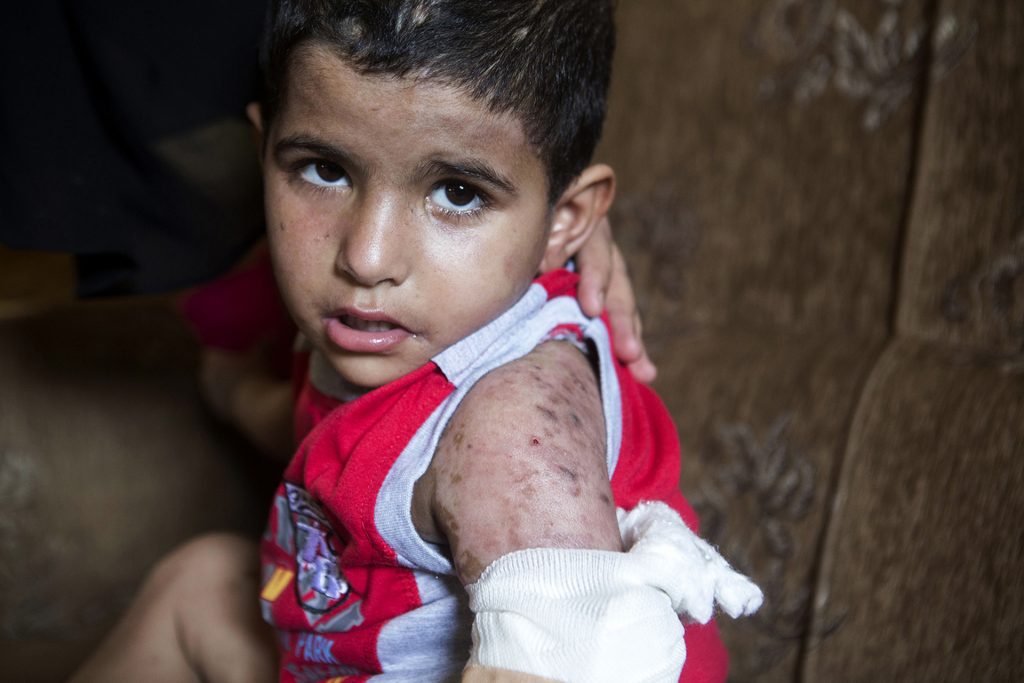 Photo: Three-year-old Yamen in his uncle’s house. His uncle has been taking care of Yamen and his sister Jana (2), since the children lost their parents Sumaiyya and Ahmed. They were killed together with their oldest daughter, 4-year-old Hala and 16 other members of the family. Yamen still suffers a lot of pain. He has two fractures in his arm, one in his leg, and there are pieces of shrapnel still stuck across his shoulders and back. Sometimes he says that he wants to go to heaven to see his family there. In total, three houses belonging to the Abu Jaber family were destroyed. 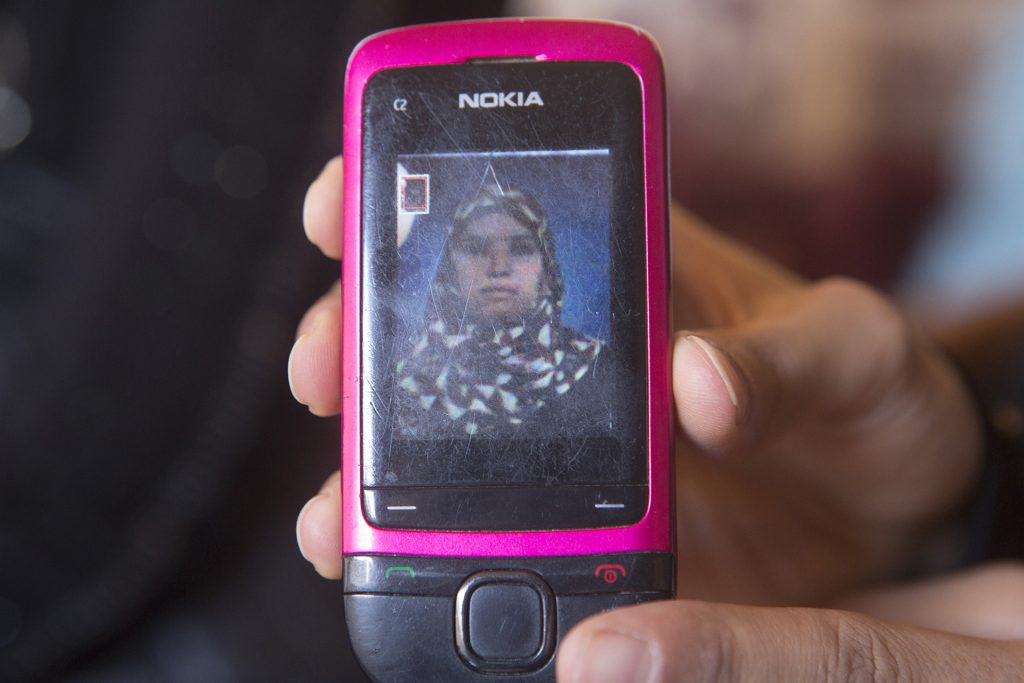 People killed in the attack in Bureij refugee camp