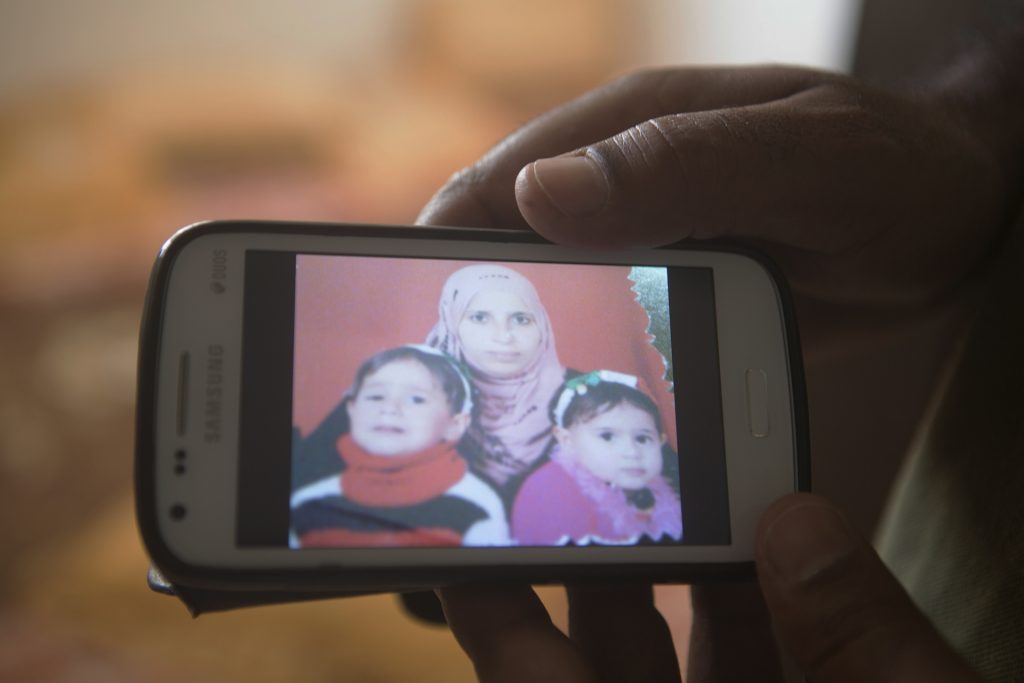 A photo of Yasmin (25), with her two daughters Batoul (3, left) and Suheila (2, right). Yasmin’s husband, Bassem, is one of only three survivors of the Israeli attack on the Abu Jame’ house, which left 26 people dead.

The attack took place in the evening, just before iftar (meal ending the day-long fast in the month of Ramadan). Israeli pilots, without any warning, bombed the house of Tawfiq Ahmed Abu Jame’, killing 25 members of the Abu Jame’ family: 19 children, five women and one man.

There were only three survivors to the attack: Tawfiq Ahmed (36), his brother Bassem and Tawfiq’s four-year-old son Nouraddin. Israel claimed they were targeting a man who was visiting the house at the time.

On the photo: Tawfiq standing in the rubble of the house with his son Nour Ad-Din (4), who lost his mother and seven siblings.