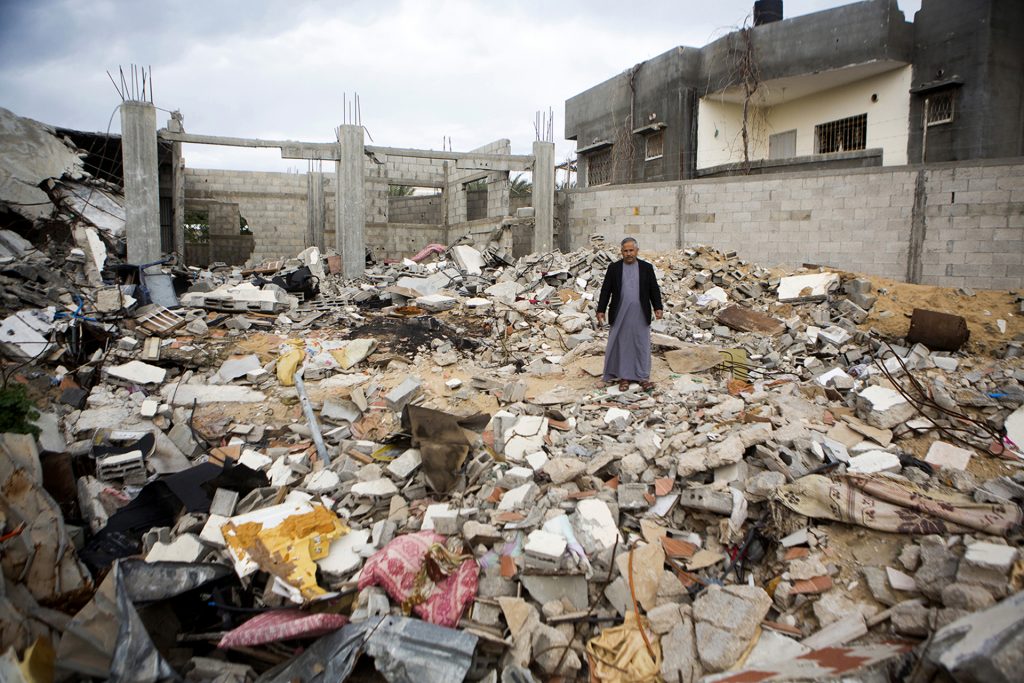 Photo: Mohammed ‘Atiya Abu Khousa (47) amidst the ruins of his home. He lost his wife, his daughter and five grandchildren in the attack. The adjacent home, belonging to the al-Omri family, was also destroyed.

“We are all farmers. We are all civilians. All the people killed are civilians. I keep thinking about the victims all the time,” says Mohammed. 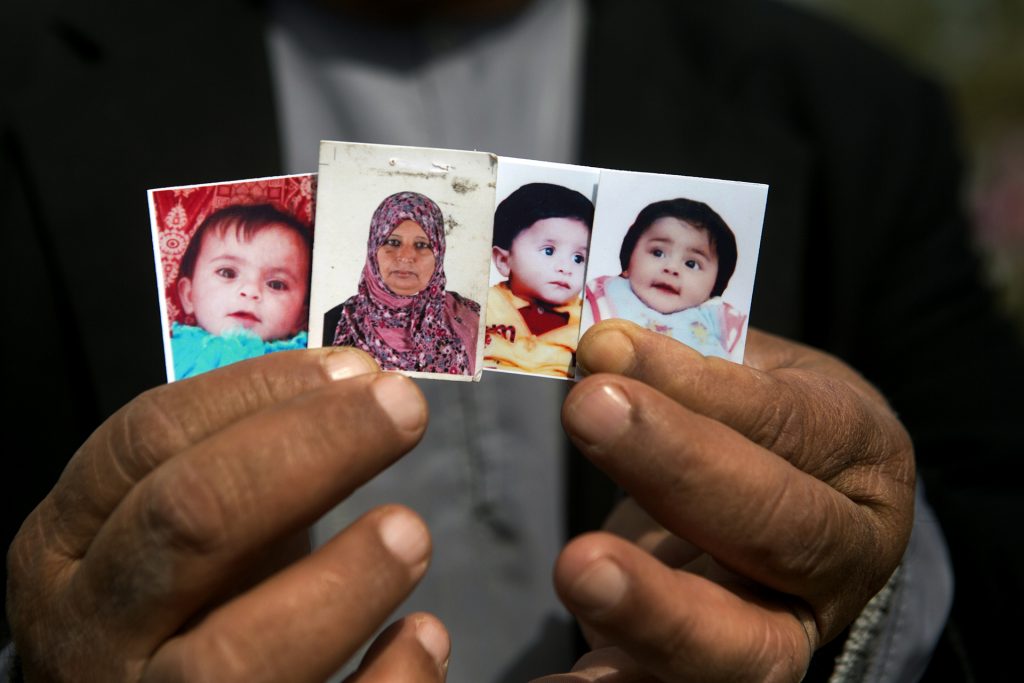 People killed in the attack in Al-Zawaida village