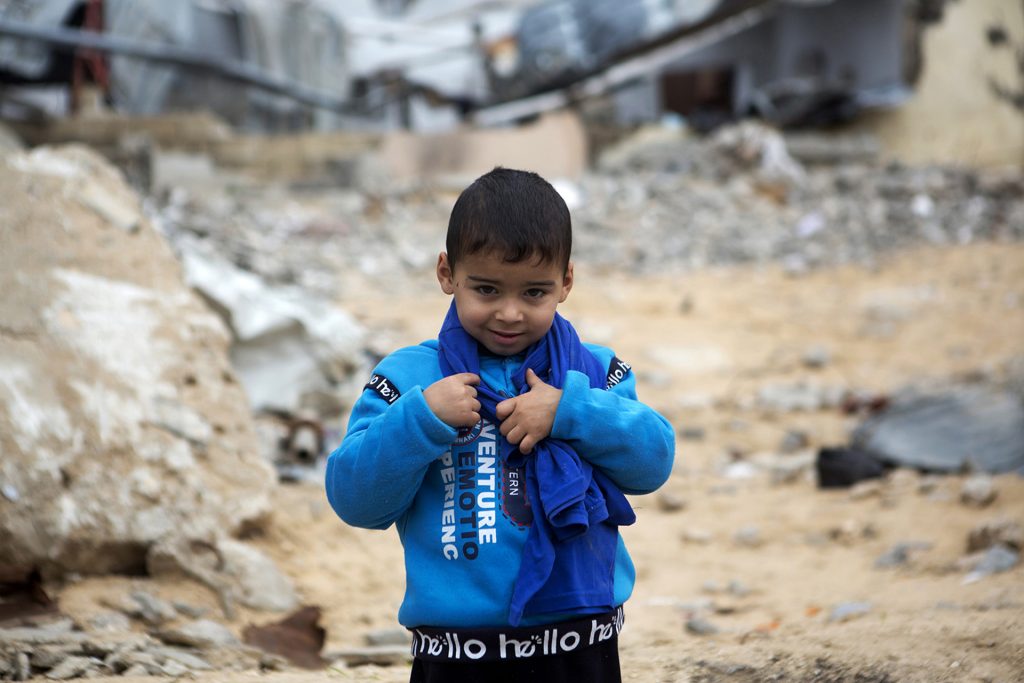 Photo: Three-year-old Mohammed clinging to a T-shirt he has just found in the rubble. It belonged to his killed uncle Ahmed, who was a big football fan. According to his aunt, Mohammed survived because a cupboard fell on him, his sister and their mother Mariam, protecting them from the rubble. He kept asking about his father and when his relatives told him that he was in heaven, Mohammed replied: “Let’s join him.”