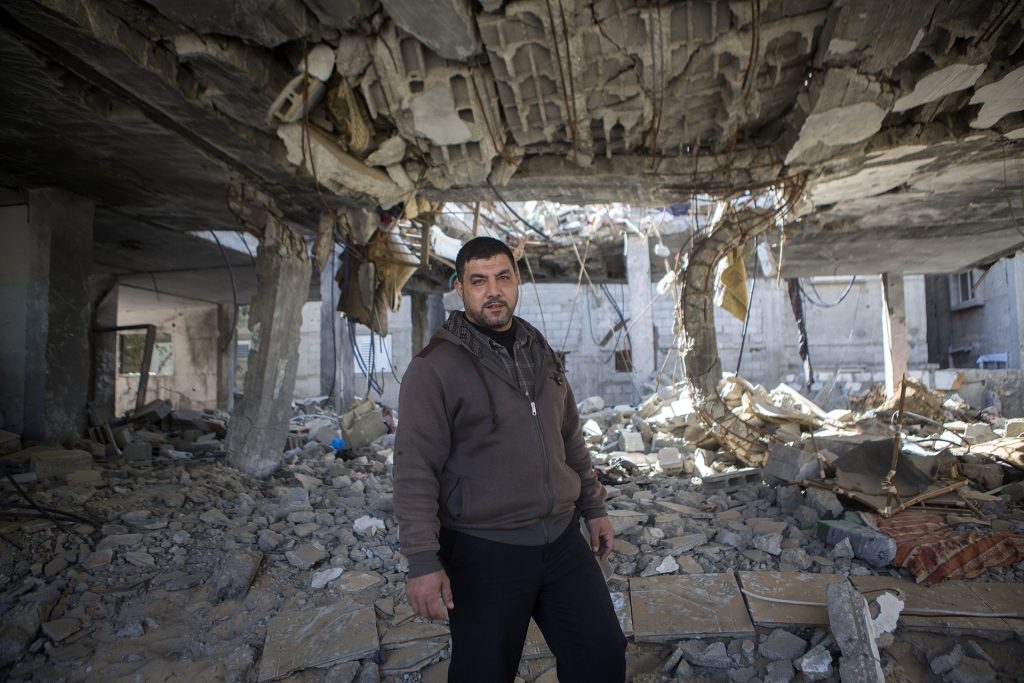 Photo: Raed survived the bombing of his house, but lost his 10-year-old daughter Rana and six other members of his family.

The house of the Abu Suleiman family was targeted during the deadliest weekend of bombing in the Rafah area. The massive Israeli bombardment had started the day before, on 1 August (“Black Friday”), when the Hannibal Directive was implemented. There were 20 people inside the house, most of them sleeping, when an Israeli pilot fired two missiles into the building at 2:40 am. The adjacent houses sustained damage too, and two neighbours were killed in the attack. The house collapsed, and it took people four hours to dig all those who were injured and killed out from under the rubble.