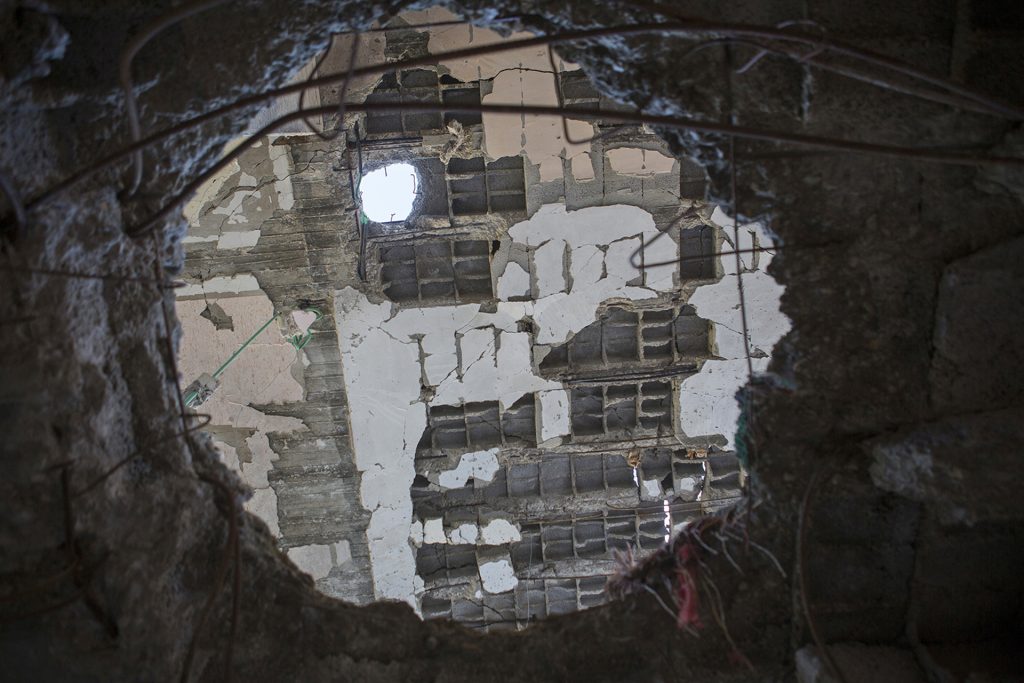 Photo: A hole left by the Israeli missile which penetrated the home of the Abu Taha family, killing four people. The attack, which took place in al-Shaboura, an area where residents thought they were safe, happened on the second day of the weekend during which the Israeli army implemented the ‘Hannibal directive’. The directive consisted of widespread and indiscriminate attacks on an area in which an Israeli soldier was taken prisoner by Palestinian fighters. 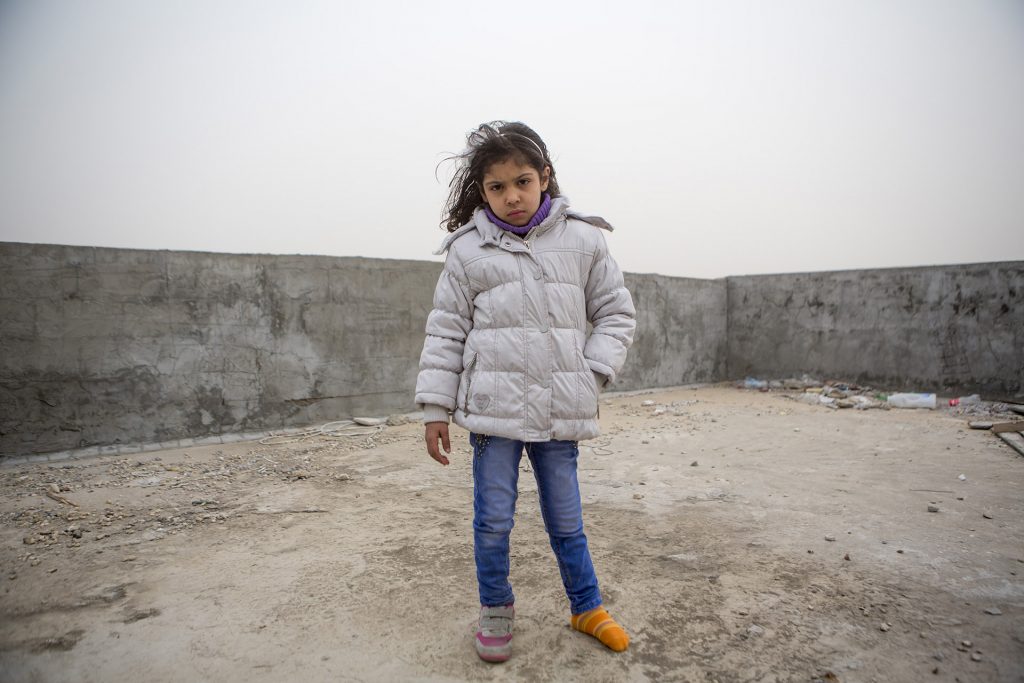