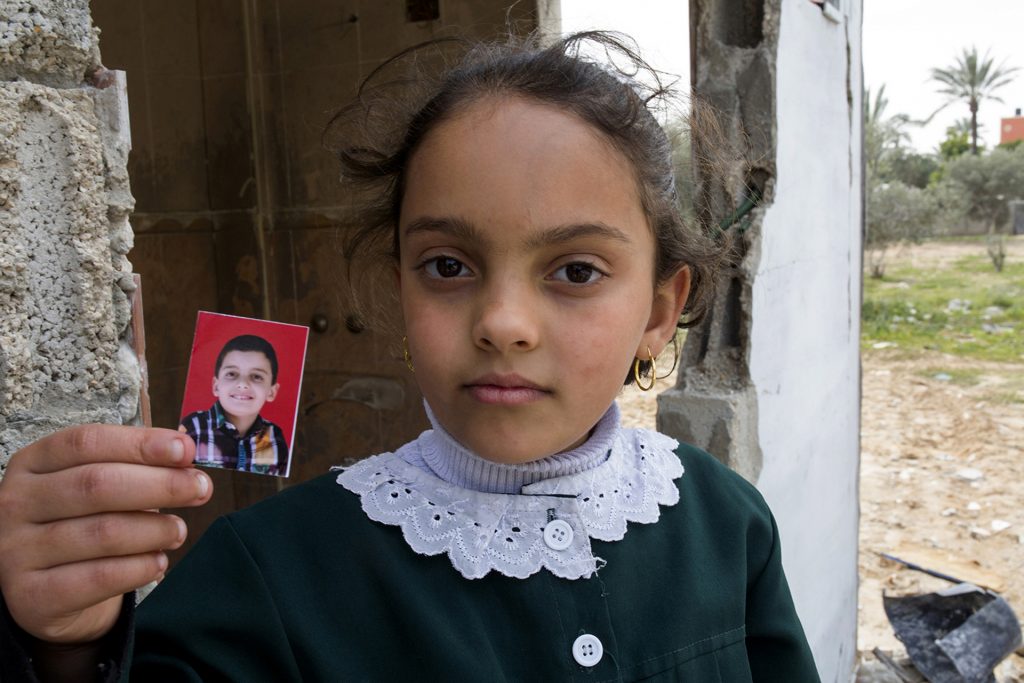 Photo: Mona Khalid Ahmed (7) holds a photo of her twin brother Hussein, killed in the Israeli attack. Her mother Nisrin (38) was also killed in the attack that targeted the building adjacent to their house. The targeted building belonged to Ali Abdel Jawad Mohammed Mhesin. The assault left one more person, Suheir Abdel Karim Abu Middin (43), dead.

Photo: Khalid Ahmed holds photos of his wife Nisrin and their son Hussein (7), both killed in the attack. “I don’t think there will be justice. Israel is strong and nobody can hold it responsible for its crimes,” says Khalid.

People killed in the attack in Deir al-Balah