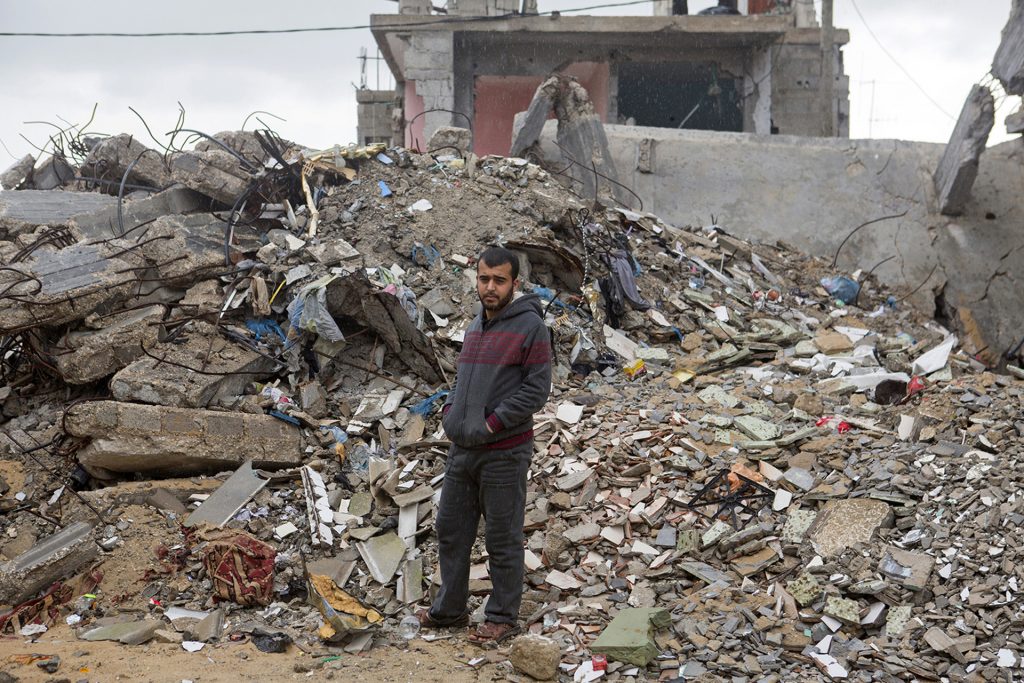 Yasser Mahmoud al-Hajj (26) stands in front of his destroyed house. Yasser was visiting friends just before the attack. On his way back, he saw his home being bombed. His parents and six siblings were killed.

“We are all civilians. We are still wondering why we were attacked,” says Yasser. 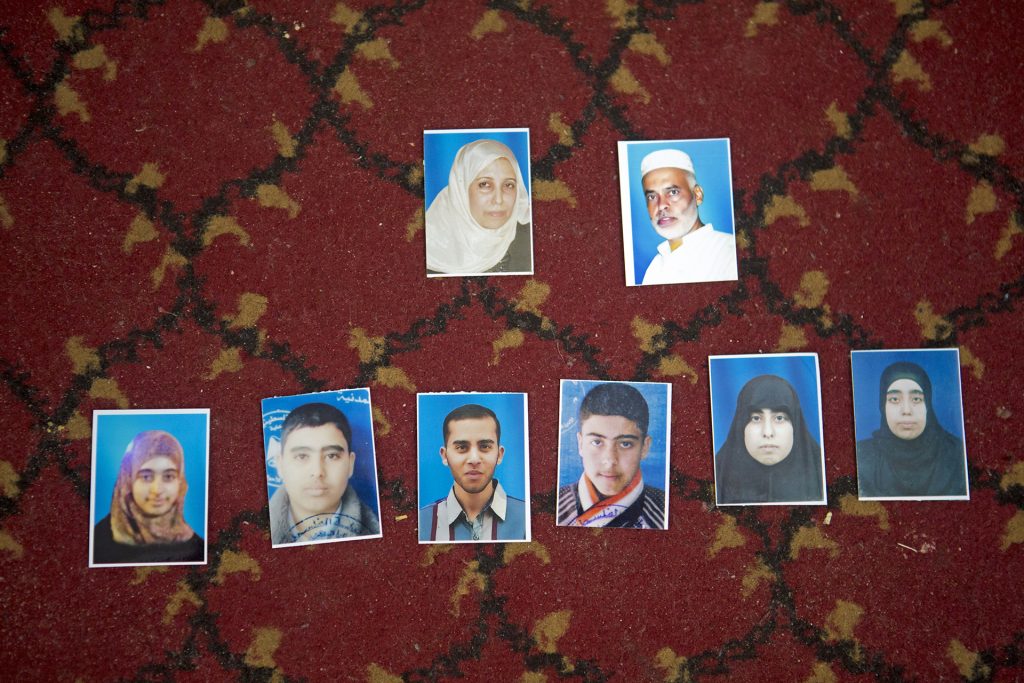