Photo: Ismail Mahmoud al-Khalili stands where eight members of his family were killed. Ashraf and Ahmed’s families were the only ones still waiting to leave their house. They were sitting outside, in the garden, waiting for cars that were supposed to take them to safety. They were hit by artillery shells. All were killed instantly, except for seven-year-old Mahmoud who survived the attack. He was still conscious when he arrived at a hospital, but fell into a coma and died on 4 August 2014 in Egypt. The attack caused a fire that destroyed the family business, a factory producing brooms. 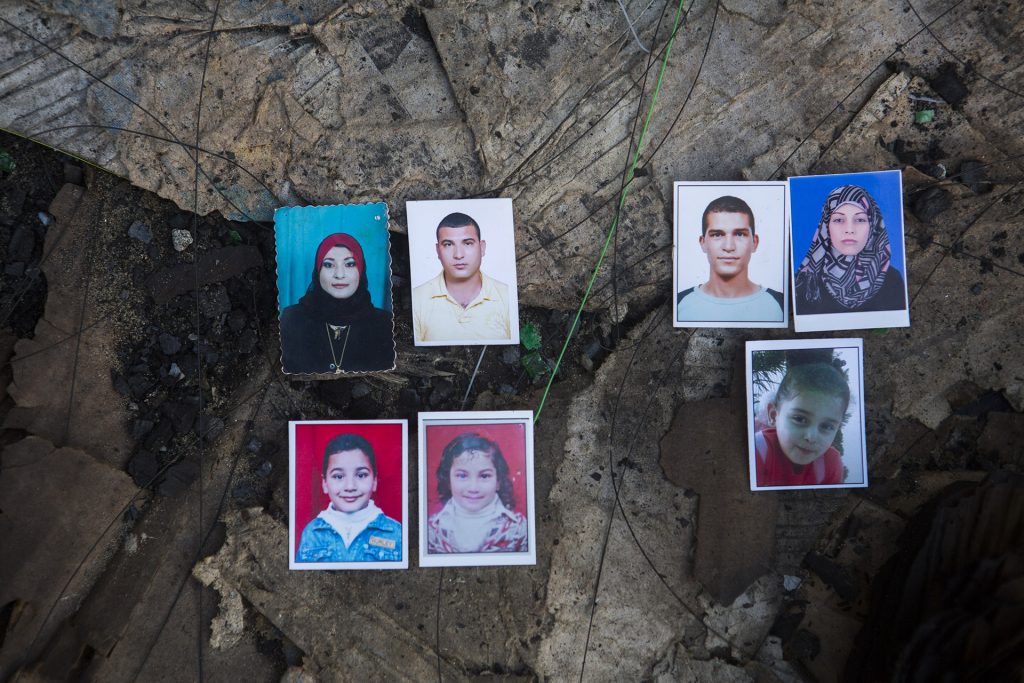