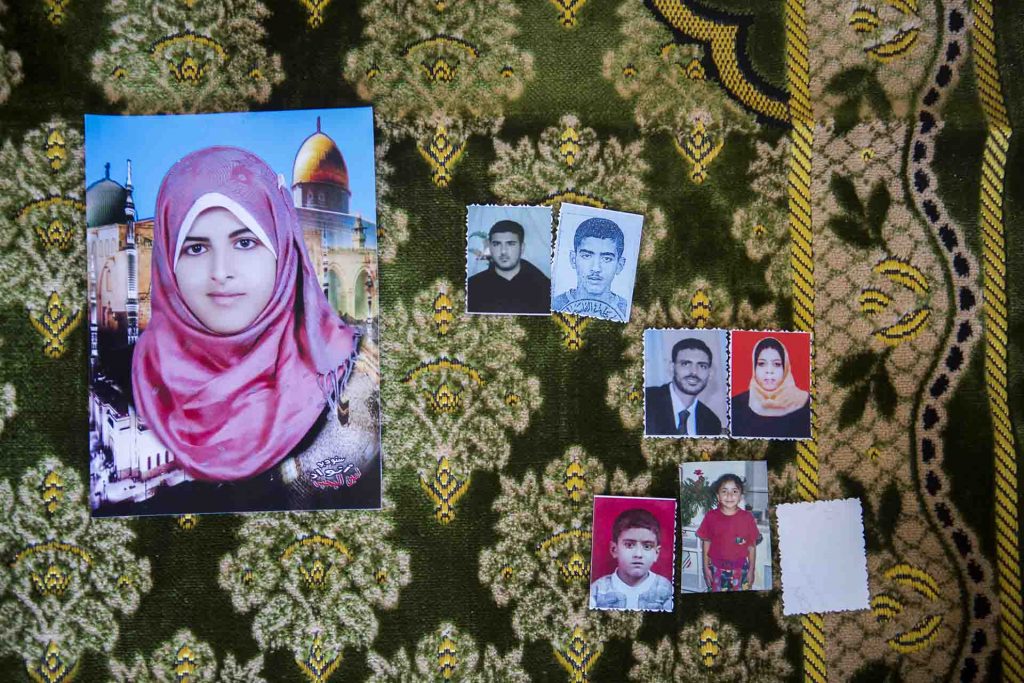 Photo: Photos of seven of the eight members of the al-Louh family that were killed in an Israeli airstrike, displayed on Iman al-Louh’s prayer rug. Iman al-Louh (17) was praying on it when a piece of concrete burst through a window, killing her. The chunk came from the bombing of a house located a few dozen meters away and which belonged to Rafat al-Louh, Iman’s cousin. The homes of both Rafat and his father Mahmoud al-Louh were completely destroyed and eight members of the family were killed, including three of Mustafa’s sons and three grandchildren. 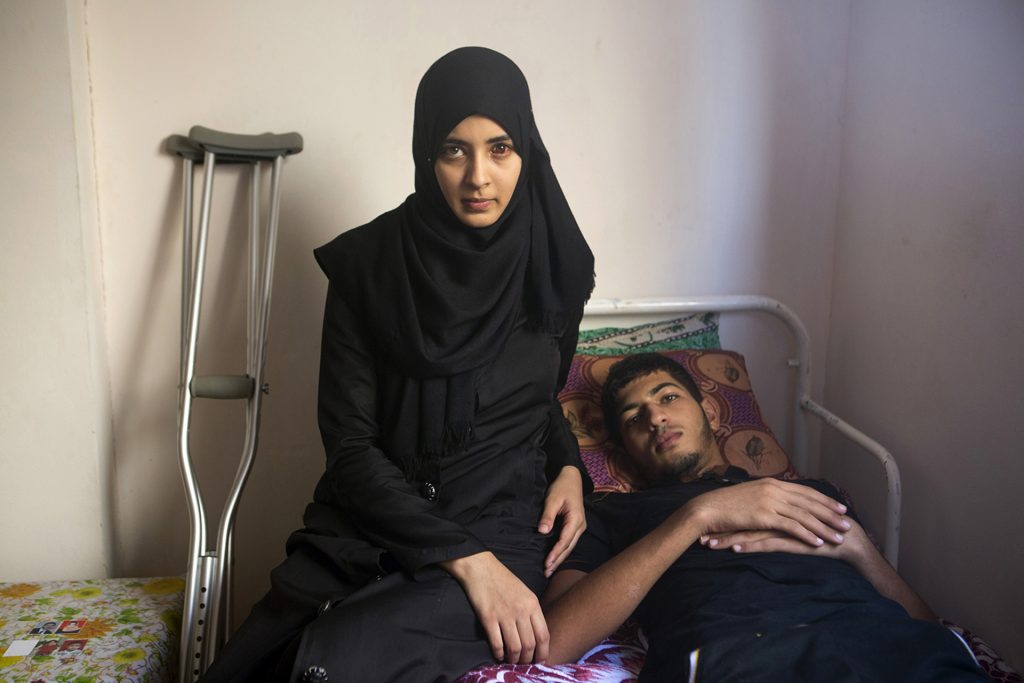 Wafaa’ and Momem al-Louh, recovering from their injuries in September 2014. A year later, Momen was walking, but unable to stay standing for a longer time, which forced him to quit his job as a hairdresser. Wafaa’s eye injury was serious, but not critical. After the bombing of their house, she was discharged from the hospital immediately, because it was overcrowded and there weren’t enough beds for all the injured.

People killed in the attack in Deir al-Balah