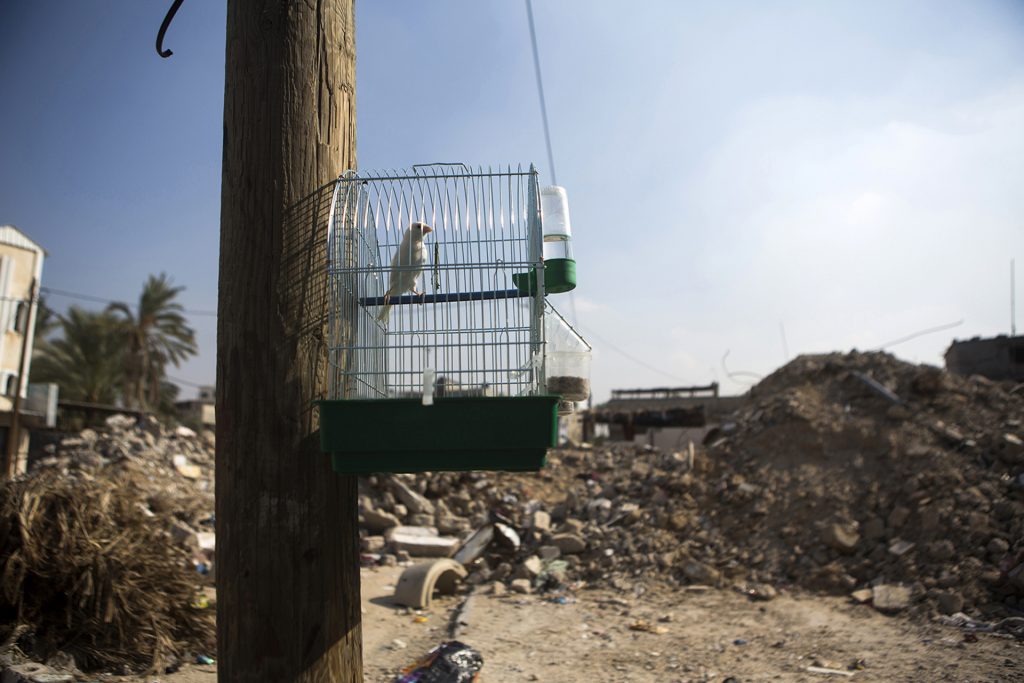 Photo: A birds’ cage in front of the ruins of the al-Dali building, where four families were living at the time of the attack (three of them permanently, the al-Najjar, Brika and Muammar families, while the Abu Amer family was renting a kindergarten as shelter for the duration of the offensive). It was the deadliest Israeli attack on a residential building of the 2014 offensive. In total 34 people were killed, among them 18 children and seven women.

The father of the al-Najjar family, Jamil, was killed, together with five of his children and one grandchild. Among the survivors, his daughter Alaa’ (21) was very seriously injured; she lost feeling in her arms and needs further surgery. She was denied a permit to enter Israel for medical treatment.

“I did not see anything. I just told [the paramedics] to leave me and to save my children. Then I woke up at the hospital and was in a state of shock. Why did they all die? We were good together,” explains Hanaa’ who lost her husband Jamil, five of their children and a grandchild. 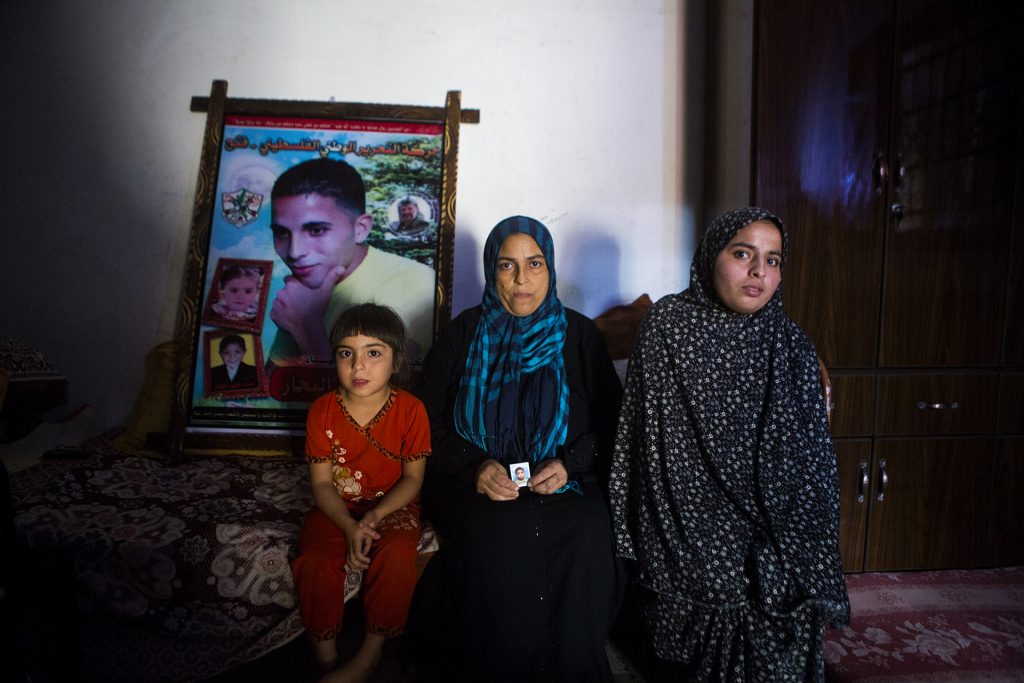