Photo: Hussein Samir al-Najjar, still in shock, just a few hours after a strike killed his wife Riham (25), two of his children, Samir (1) and Moataz (6), and 16 other members of his family. His other two children, Husam (7) and Olfat (4), survived because they were staying at their aunt’s place. The home was completely destroyed in the bombing; only three people survived.

“I have nothing now, just my son and my daughter. I think I have to get married because life has to go on. In regard to my kids – they are all right, but they are crying about their mother all the time and asking about the rest of the family. Sometimes, I tell them ‘your mother is coming tomorrow or the day after’ because they keep asking about her,” says Hussein. 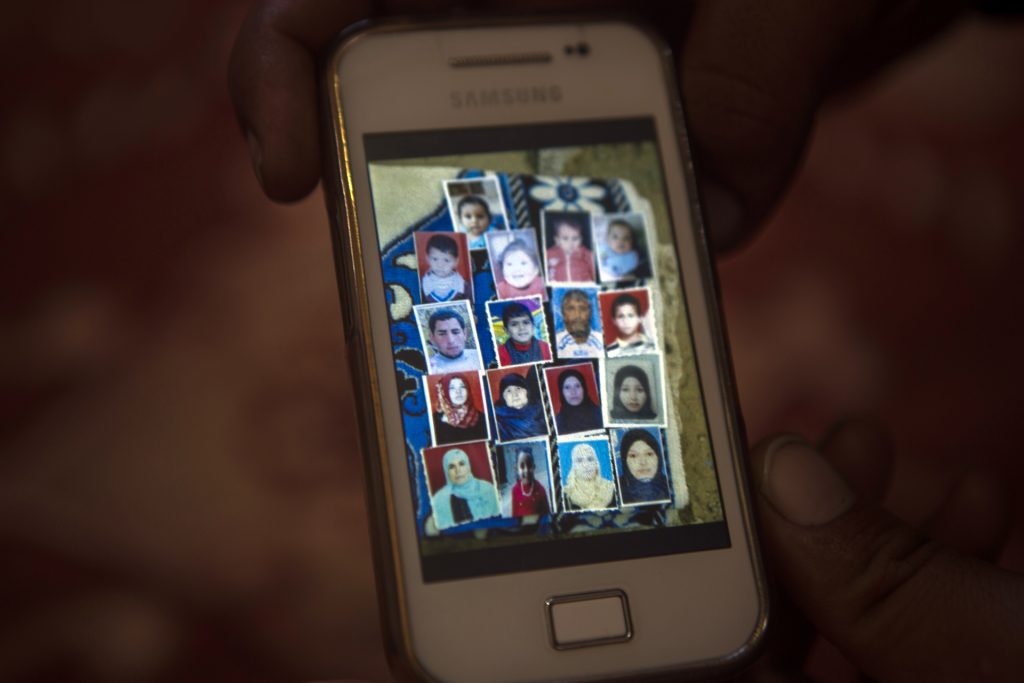 People killed in the attack in Bani Suheila,
Khan Younis