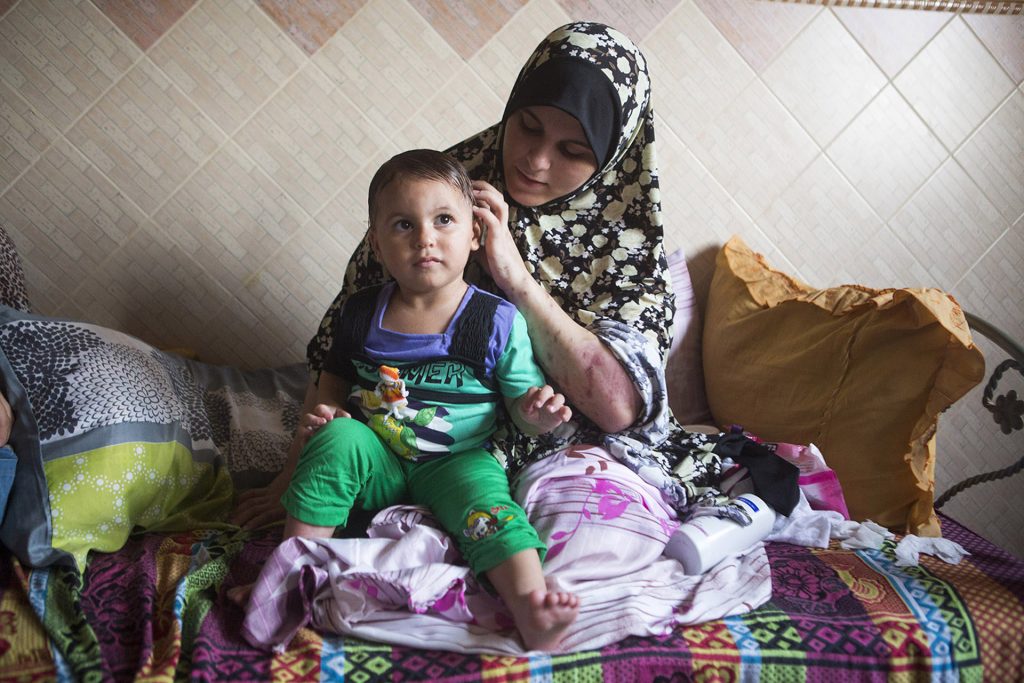 Photo: Esraa’ (19), who had both her legs amputated, with her two-year-old daughter Abir, who suffered severe burns in the attack. Esraa’ was transferred to a hospital in Hebron, West Bank, while Wael, her husband, was transferred to a hospital in Jerusalem. Wael has also lost one of his legs. The al-Namla family members were attacked while they were fleeing, running in the street approximately 700 meters from their house. Three members of the family were killed and six were injured; among them, three people have lost limbs. They were attacked on the day later known as the ‘Black Friday’, when the ‘Hannibal Directive’ was implemented by the Israeli army.

“We woke up to the sound of bombing and shelling from everywhere. Drones, tank shells – they seemed to be coming from all directions. Women and children started to scream and we decided to leave the house to go to a safer place,” recalls Wael. 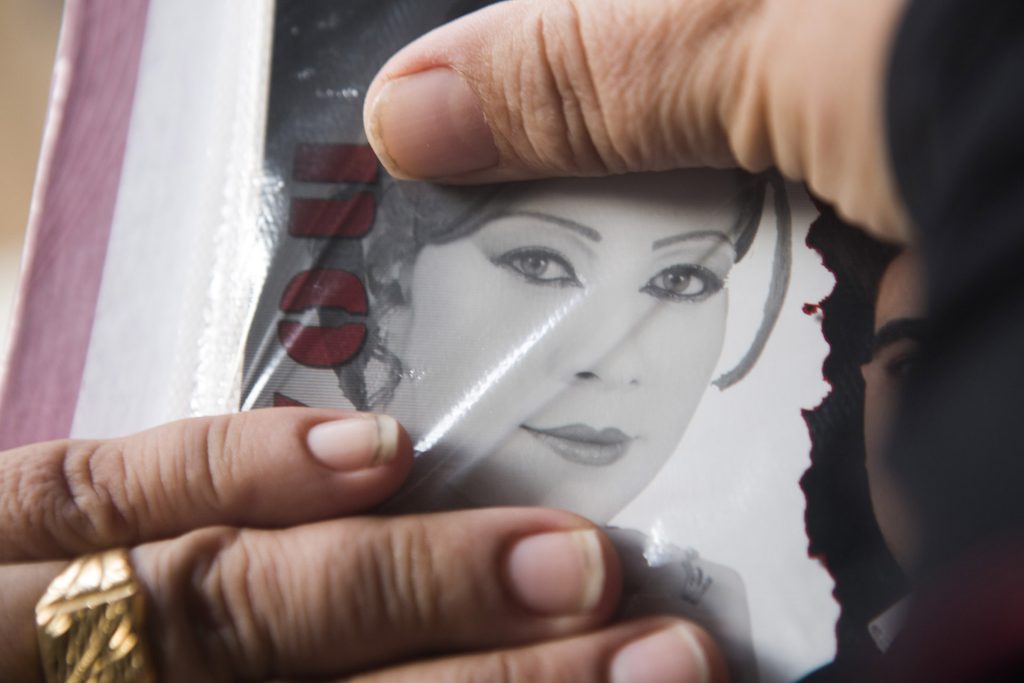