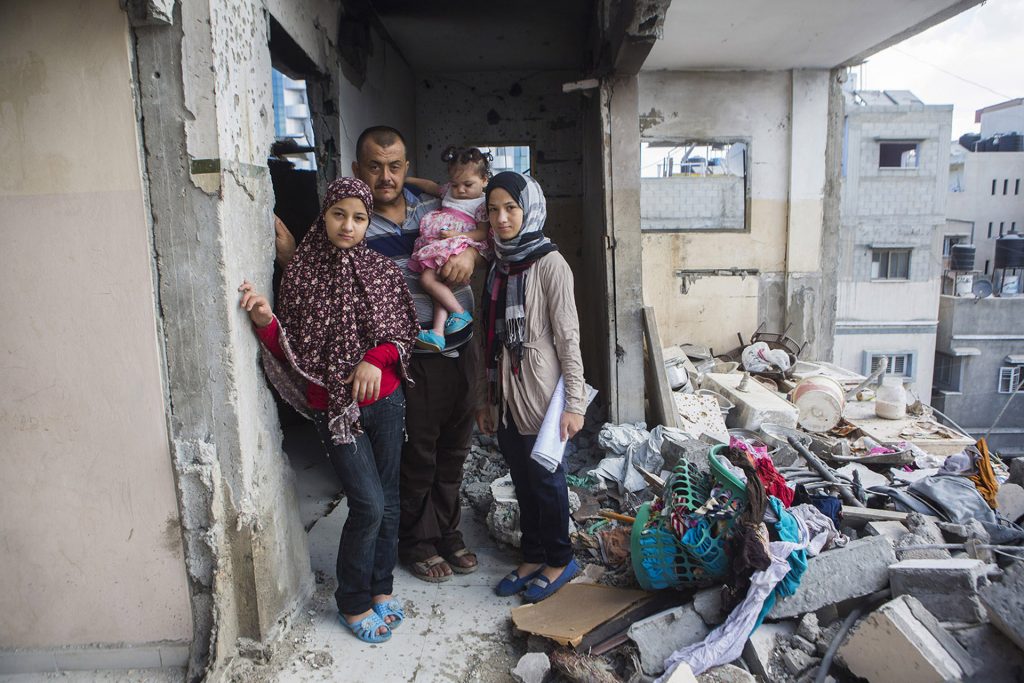 Photo: Yasser Khader al-Qassas and three of his children who survived the Israeli airstrike. From left to right: Islam (14), Malak (3) and Warda (9).

At the time of the attack, the women were preparing iftar, and the children were playing and watching television. Yasser’s wife and four of his daughters were killed.

Yasser and his family lived in the al-Zeitoun neighbourhood, but after the Israeli army dropped leaflets warning the residents to leave that area, they moved to an apartment in Gaza City, hoping for safety. 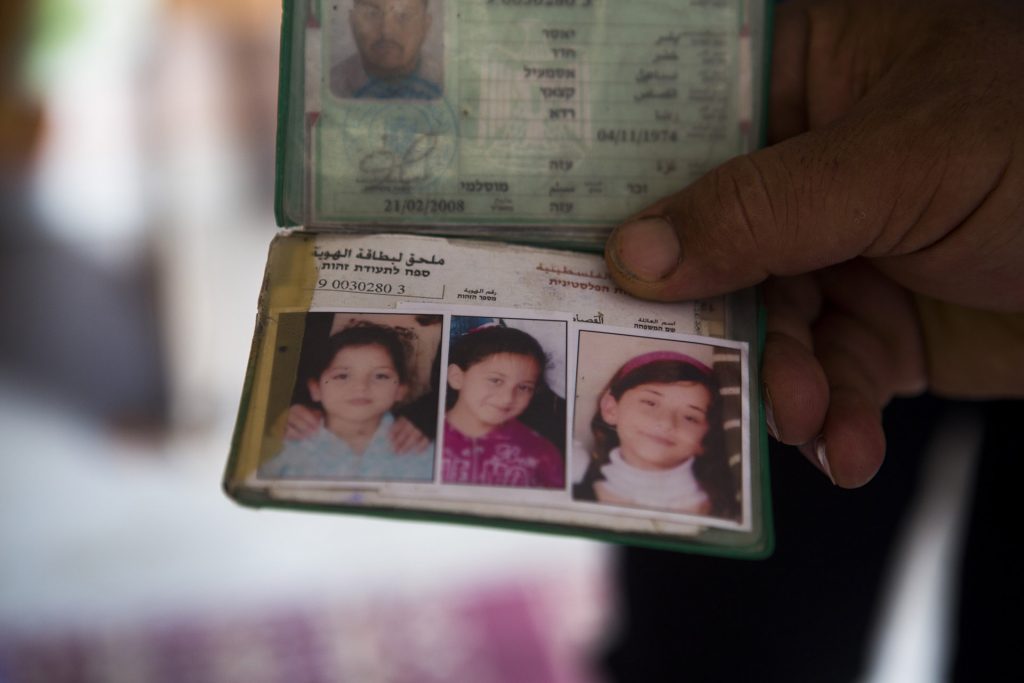