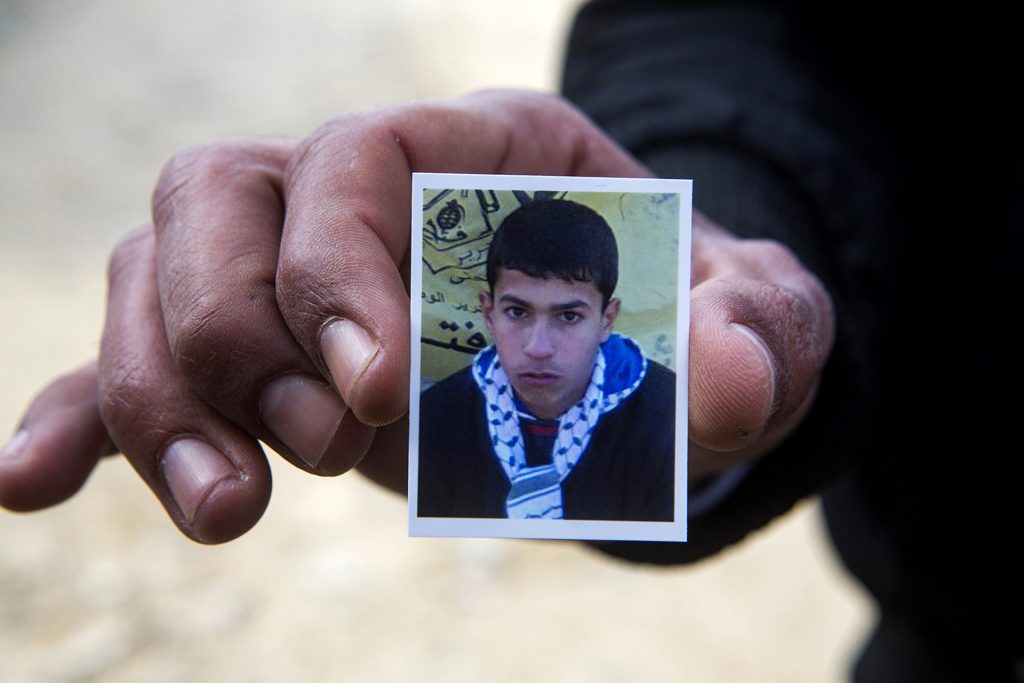 Ala (25) holds a photo of his brother Abdallah Mohammed Kaware’ (17). Ala was out in the street during the bombing and was injured in the attack.

After a warning missile hit the Kaware’ family house, inhabited by several generations, around 15 people – their neighbours – went up to the roof, hoping that their presence will prevent the bombing of Kaware’s home. A few minutes later, Israeli Air Force bombed the house killing nine people, including six children. 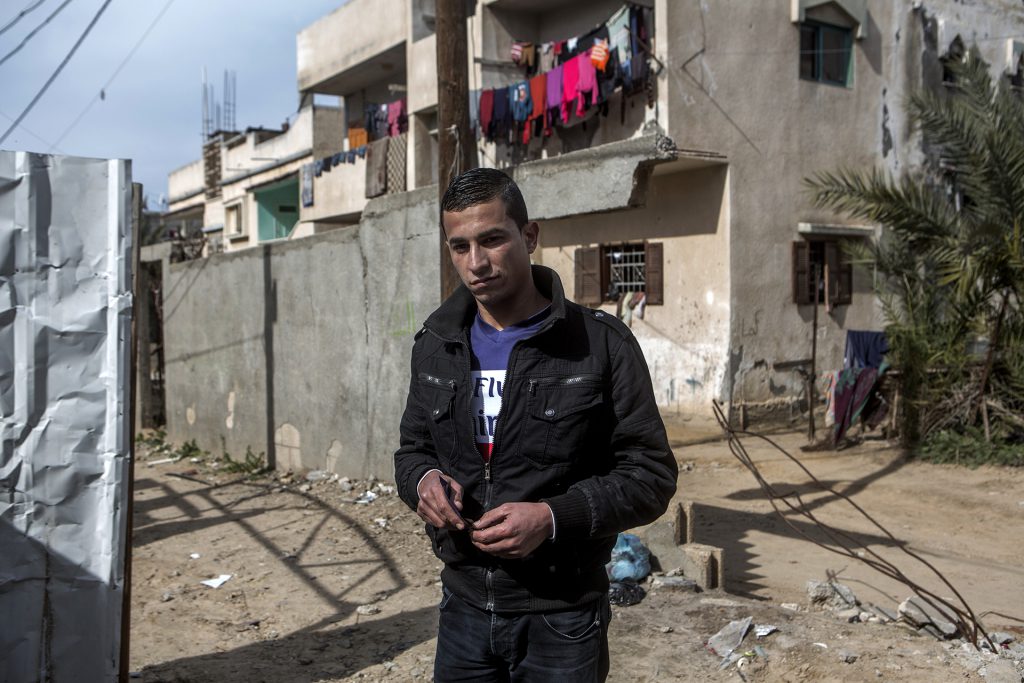 Ala Mohammed Kaware’ (25), standing next to the site of the bombing.