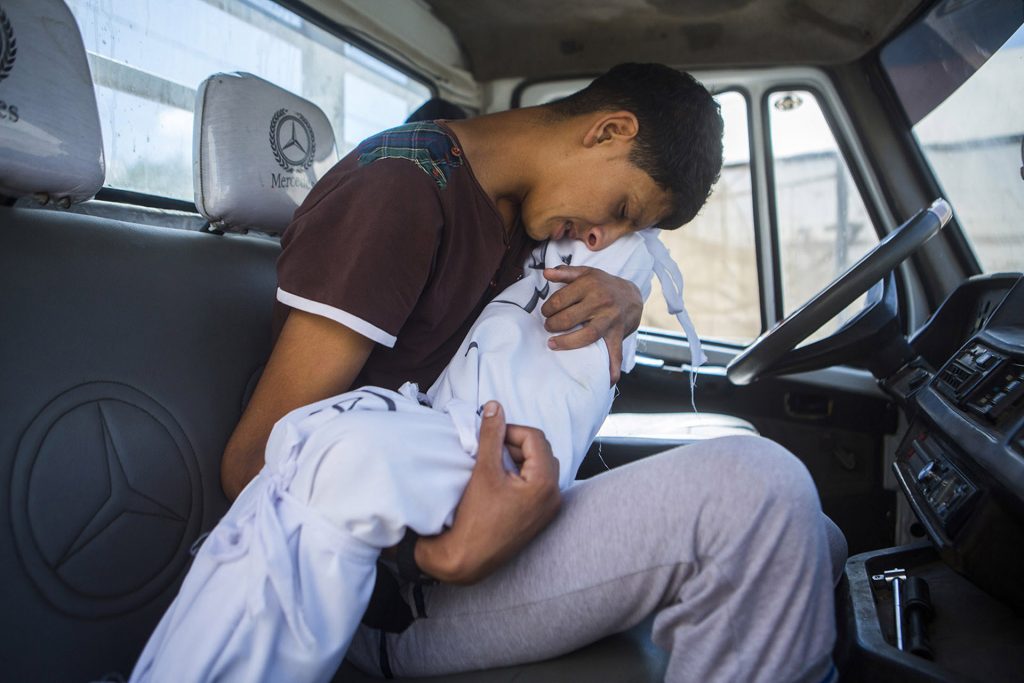 Photo: Mohammed Maadi holding the body of his niece Jana (2) in his arms. The photo was taken on the day the family managed to reach a remote flower cooler turned morgue, in the agricultural area of Rafah, where the bodies had been stored. Six members of the Maadi family, including three children, were killed in the attack on their house. That was the day when the Israeli army implemented the ‘Hannibal Directive’, which is now known as Black Friday. So many people were killed in such a short time period that the morgues filled up and bodies had to be stored in all kinds of cooling facilities. 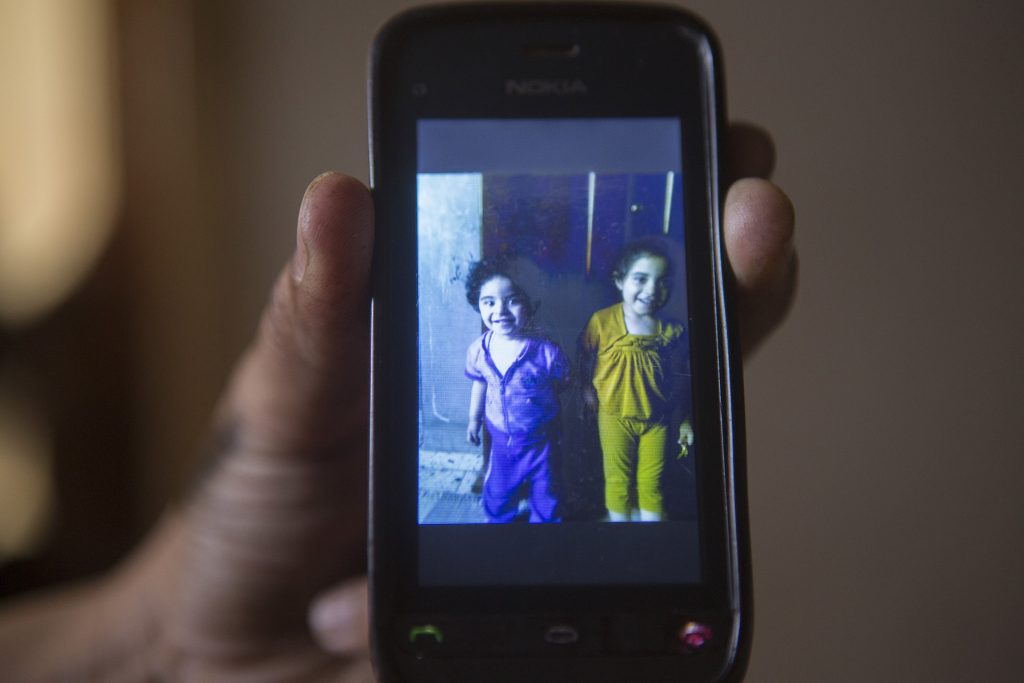