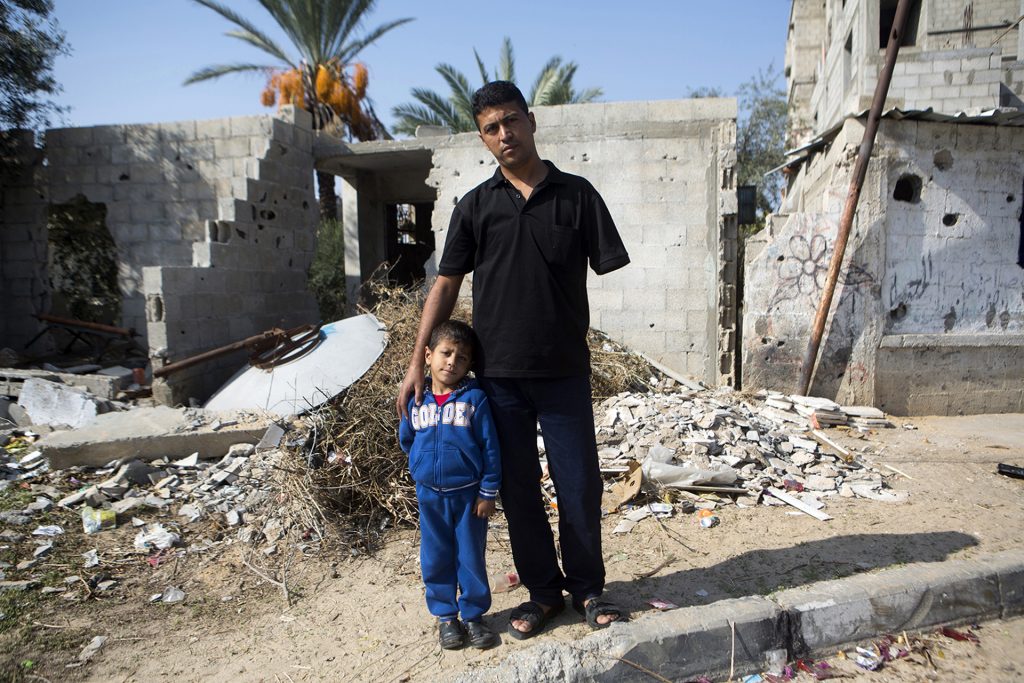 Nabil Makhrous Siyam (33) stands with his son Baderaddin, his only child to survive the Israeli attack. Nabil had his left arm amputated; Baderaddin was also very seriously injured. Nabil lost his wife and four other children.

The Siyam family decided to flee after shelling in the neighbourhood came closer and shrapnel hit the inside of their house. Around 30 people from the Siyam family were running in the street when they were targeted. 13 people were killed, eight of them children.