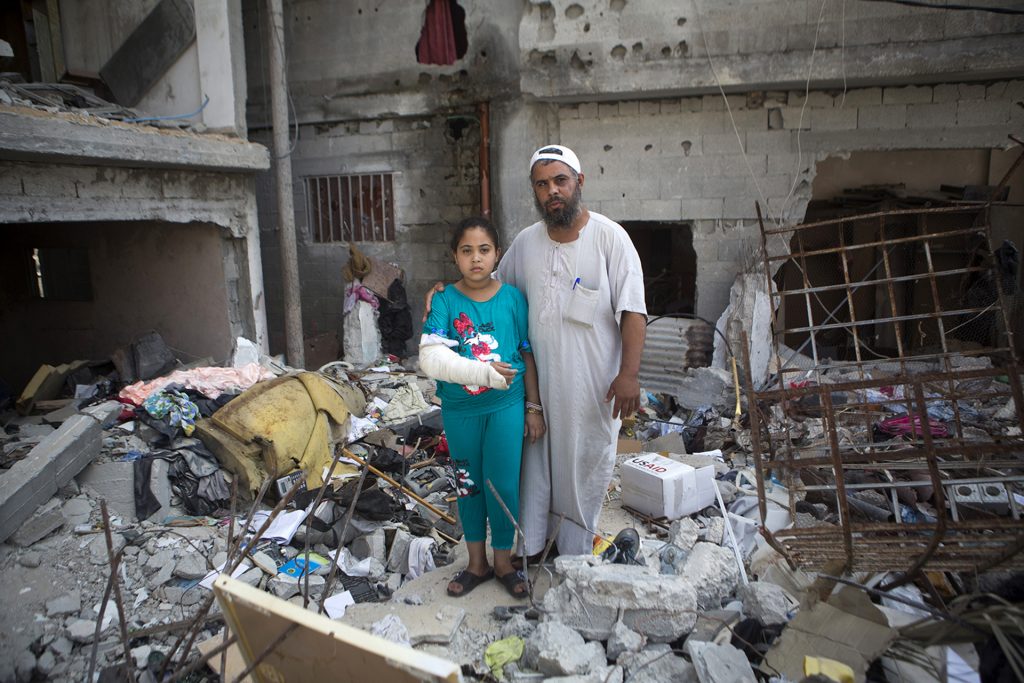 Photo: Yasmin (11) with her father Mohammed on top of their destroyed house. Yasmin lost her mother, Ibtisam, and her two sisters Asil and Asmaa’. Yasmin was injured in the attack and remained under the rubble for half an hour before she was rescued. The attack took place during a truce announced by Israel, in the very densely populated refugee camp, making it impossible for the ambulances to reach the house. Neighbours helped search for survivors by removing the rubble with their bare hands. 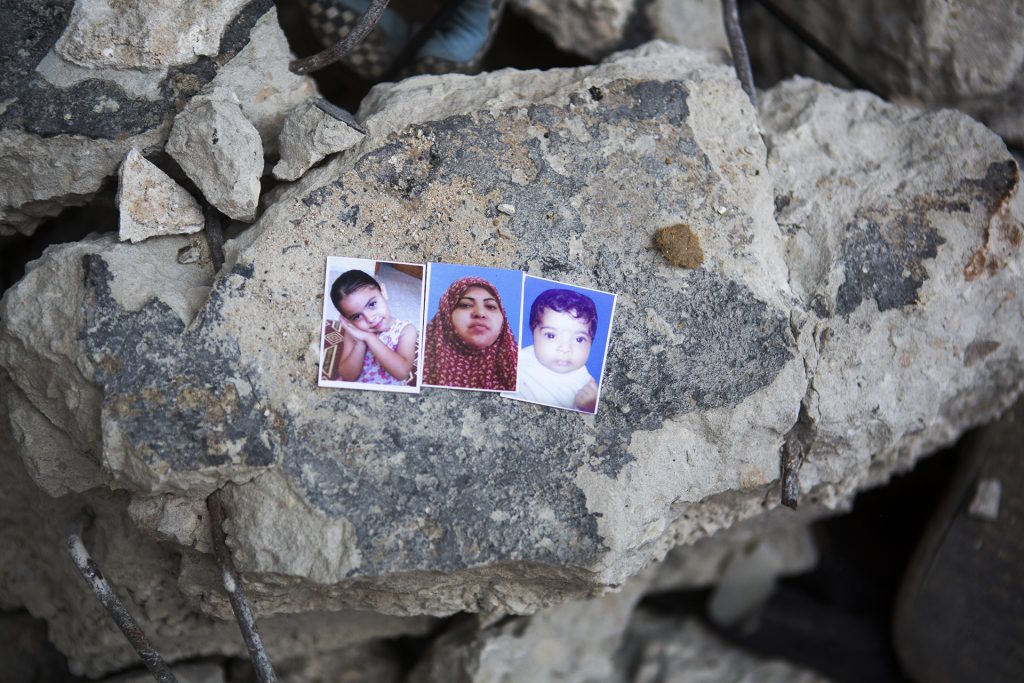