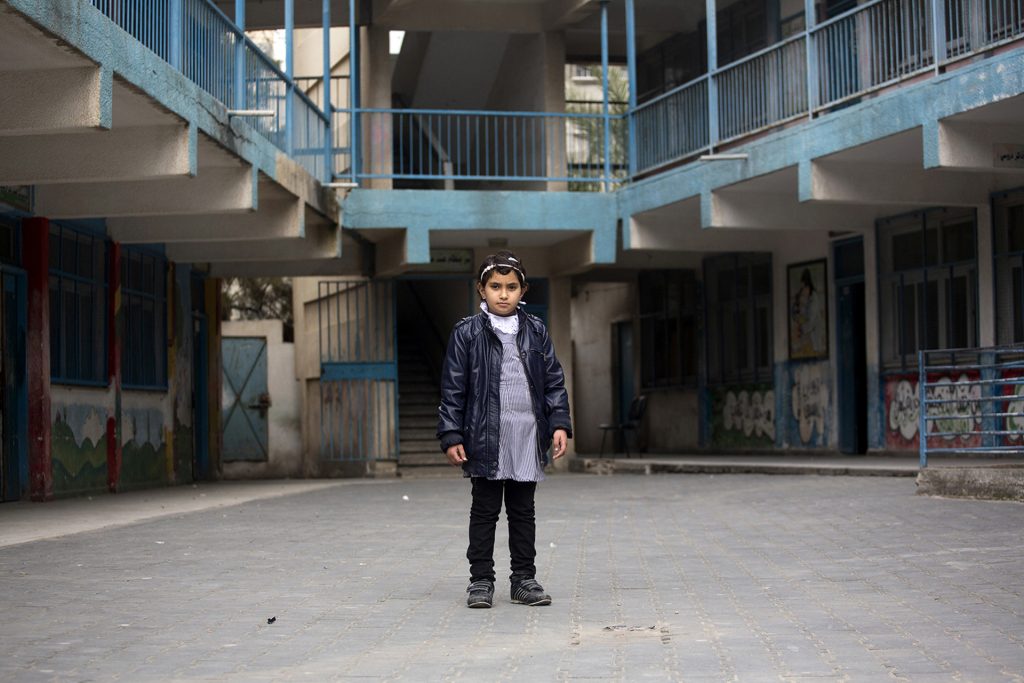 Photo: Shahed Amer al-Bayoumi (9) standing in the yard of her school. She was badly injured and was taken to Turkey for treatment. She now shivers all the time. She was in a coma for 38 days, and when she came back from Turkey initially she could not recognize her family. She cannot hold a pen to write, so sometimes her cousin sits with her at the school to help her write. She lost three sisters.

“Our psychological situation is bad. We cannot forget our loved ones. My daughter, Malak, wakes up at night screaming and she is afraid of everything. My other daughter, Shahed, is injured and shivers all the time,” says Amer al-Bayoumi, who lost three daughters. 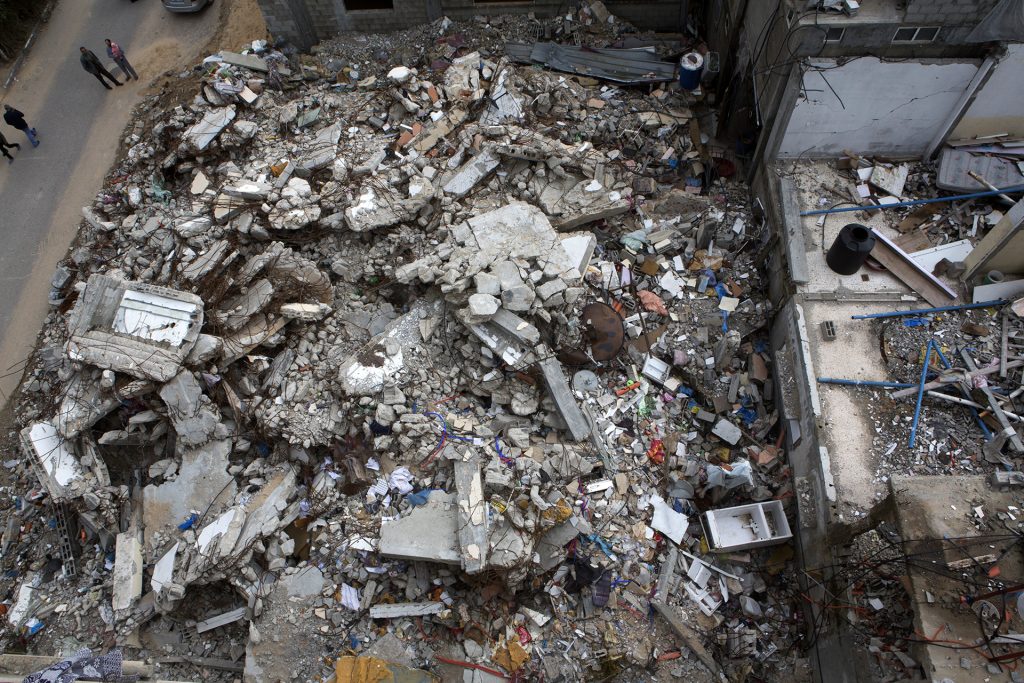 People killed in the attack in Nuseirat refugee camp