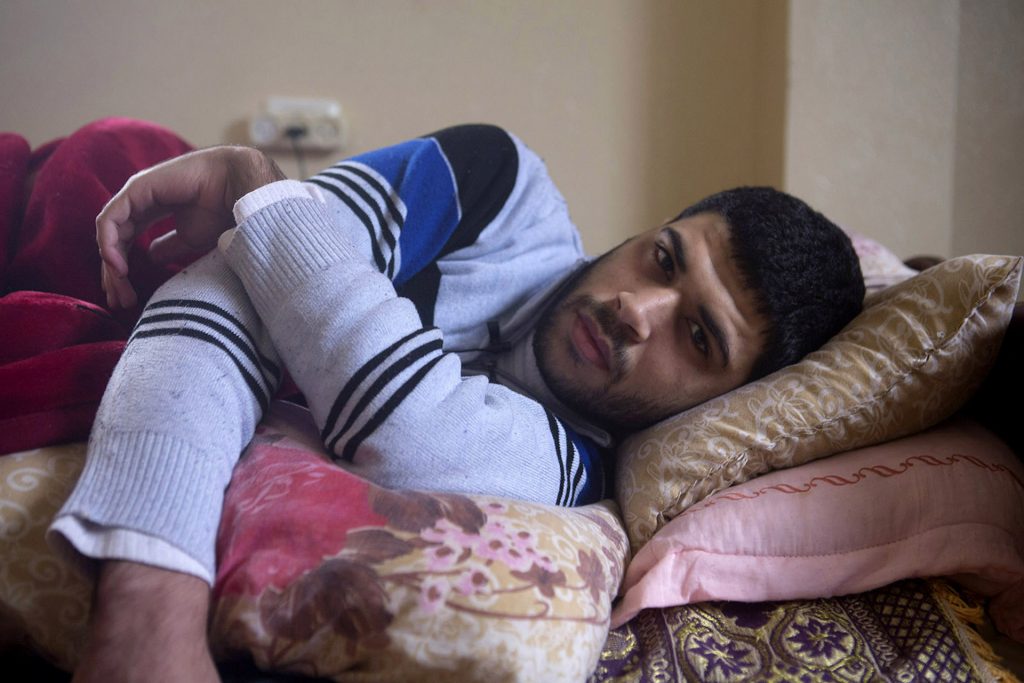 Photo: Ihab Mohammed al-Najjar (19), bed-ridden. He lost his father and three siblings. Ihab, an accounting student, was very seriously injured and received medical treatment in Jerusalem and Turkey. He is currently paralysed and still needs medical care. He lives with his surviving sister Namaa’ (10) and brother Ala (23) at their uncle’s house, just a dozen meters from the ruins of their old home.

“I was sleeping when the attack occurred. I woke up covered by rubble and I started shouting. My uncle heard me. It took three hours to get me out from under the rubble. (…) I thought I was going to die. I could not move my body, just my hand,” recalls Ihab. 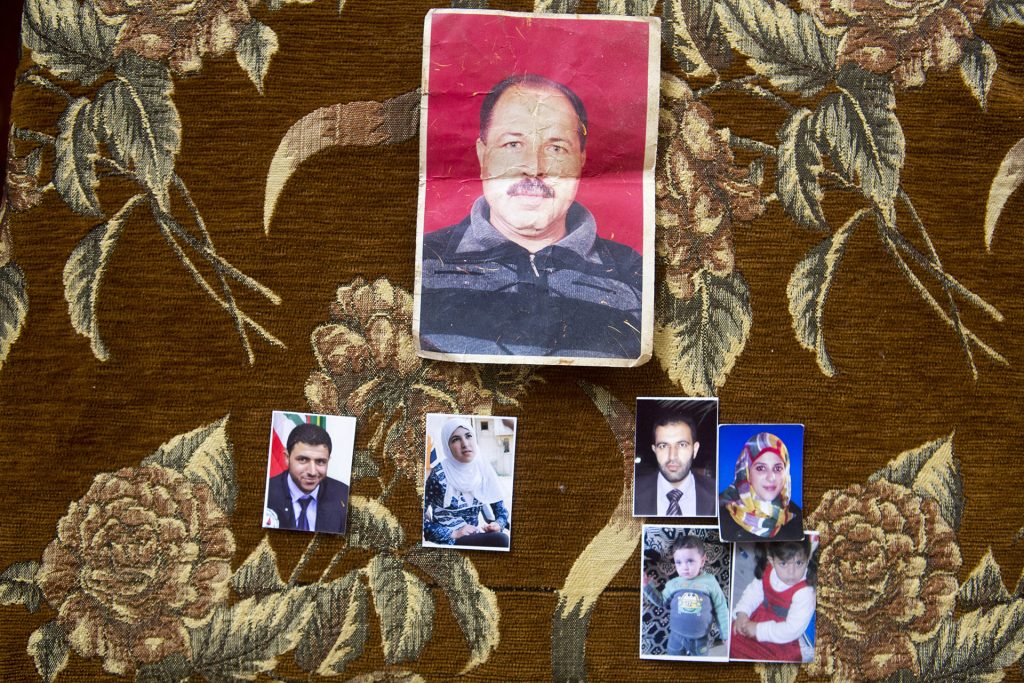 People killed in the attack in Khan Yunis