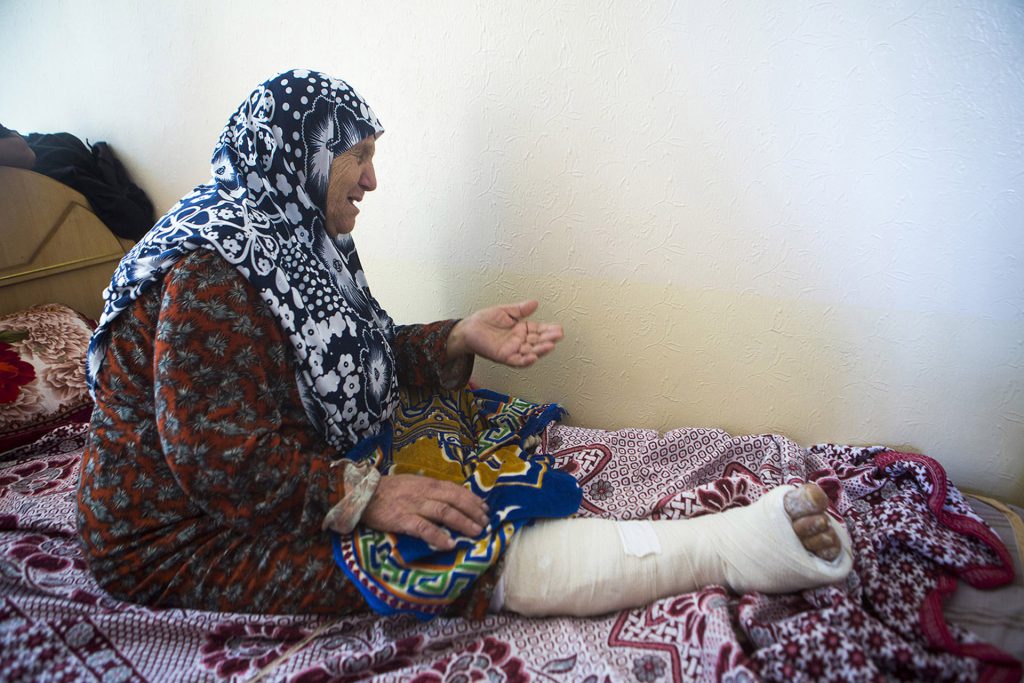 “I did not expect to survive,” says 85-year-old Mariam al-Nawasra, crying as she recalls the attack on the home of her grandson Salah Awad al-Nawasra. Mariam was inside the house when it was attacked and was stuck under the rubble for two hours. She was permanently blinded and deafened in her left ear as a result of her injuries. Her leg was broken and she says she feels pain all over her body. 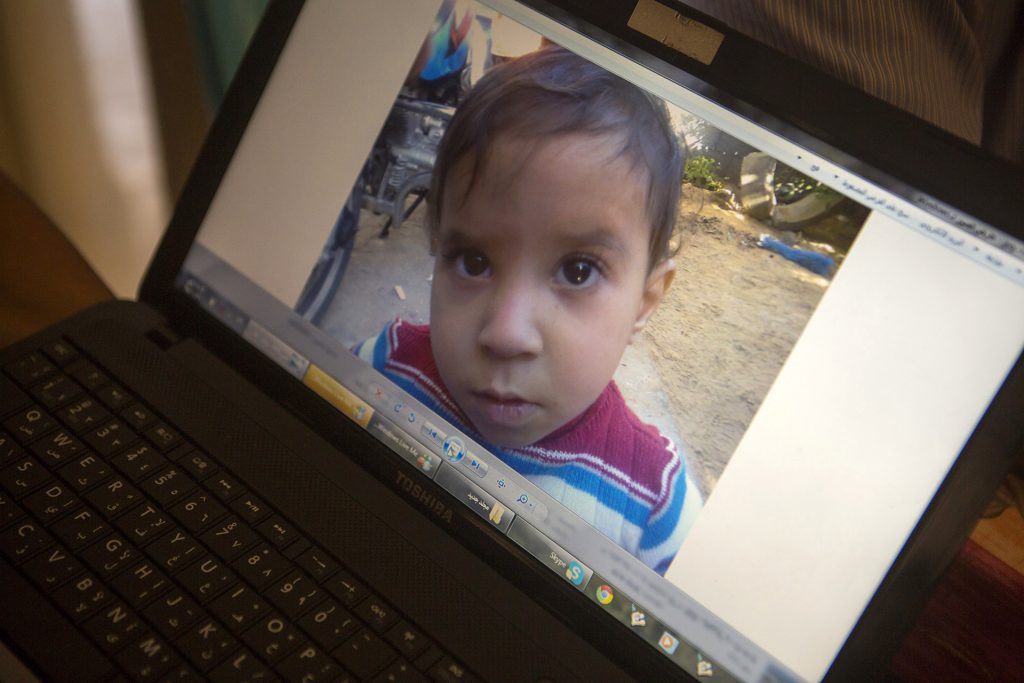 On the laptop photo: Mariam’s grand-grand-son, two-year-old Mohammed al-Nawasra. He was killed together with his entire immediate family: his parents, Salah and Aisha, and his four-year-old brother Nidal.