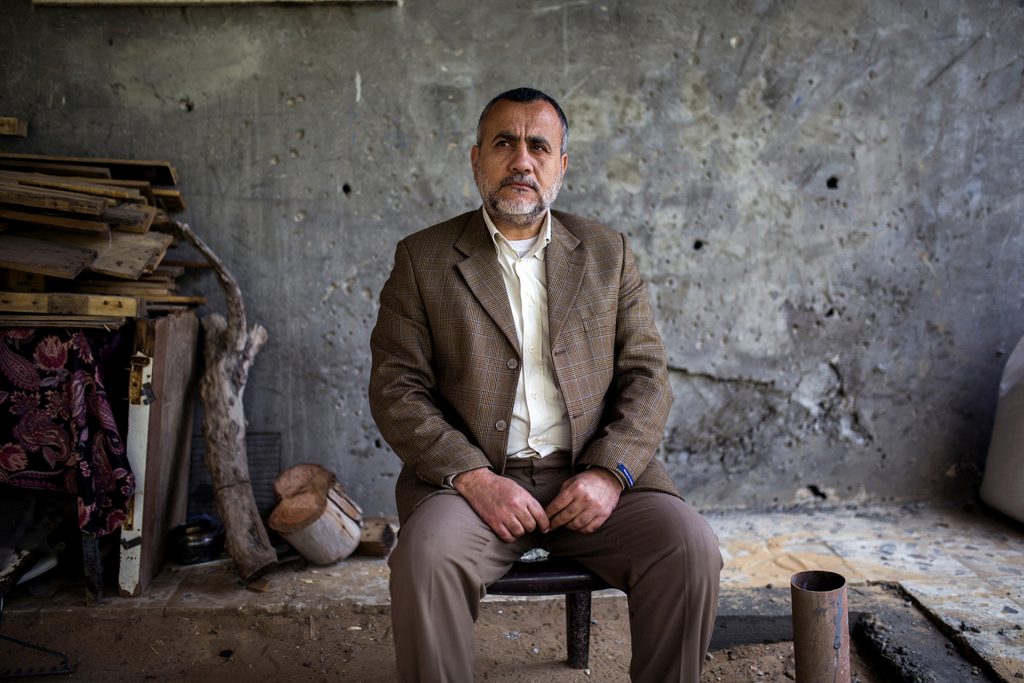 Photo: Issam Jouda sits where an Israeli missile fired from a drone killed four of his children and his wife, Rawia. Rawia was sitting with the children in the courtyard when the missile hit them. Issam and his daughter, Raaf (11), survived because they were inside the house. Issam’s son Thair (13) was seriously injured and had to have his left leg amputated. They live in the Tel al-Zatar neighbourhood in Jabaliya. 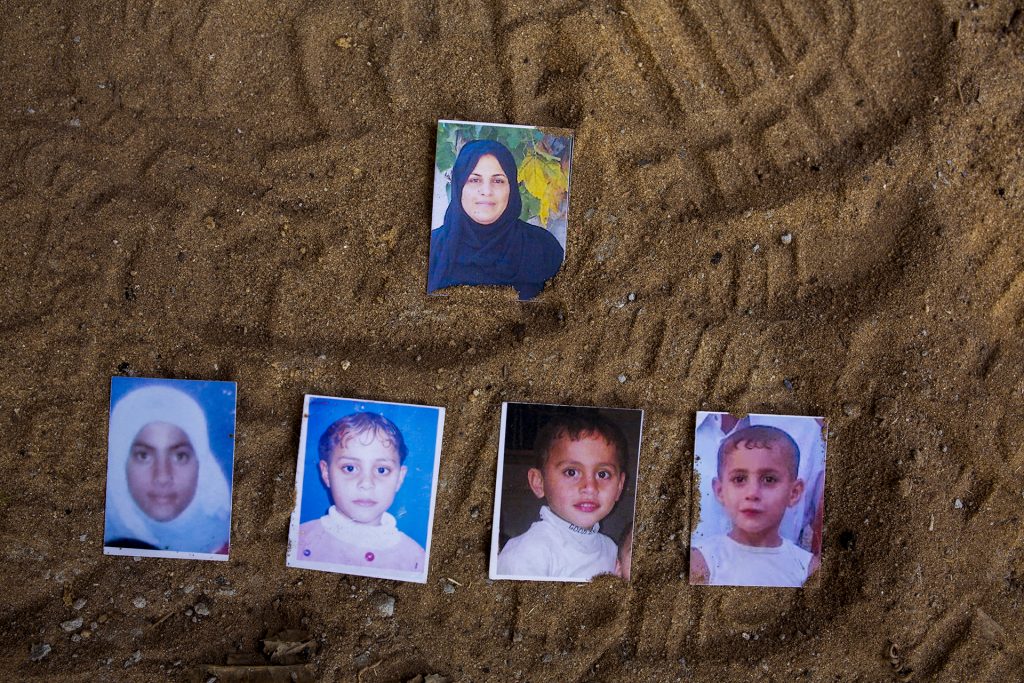