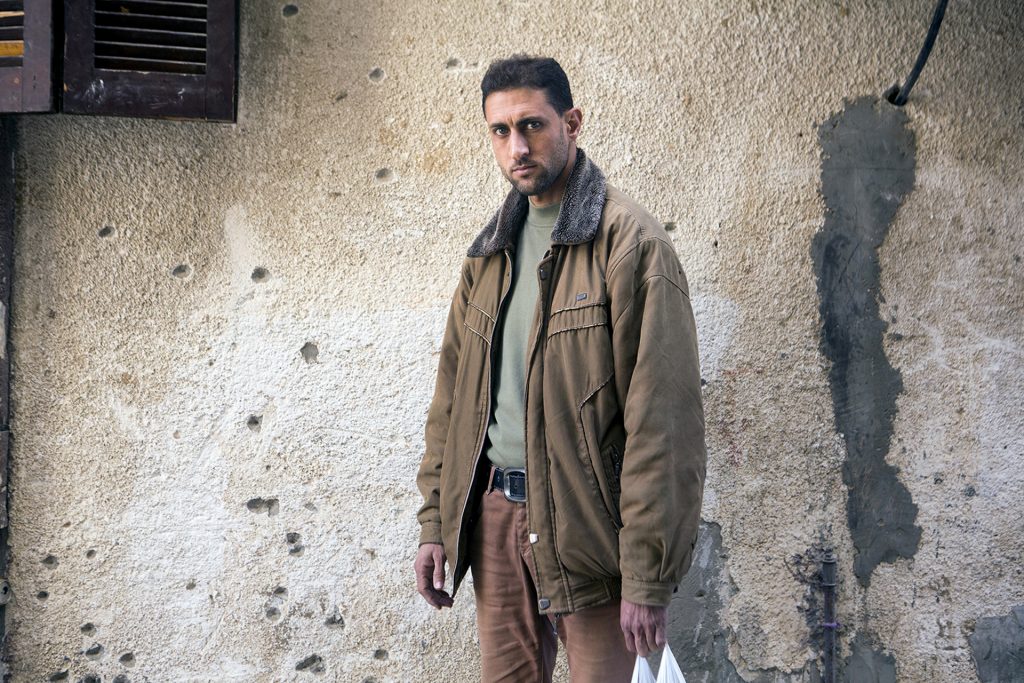 Photo: Bassem Abdel Malik al-Farra stands in the street where his family was attacked. Bassem lost his wife Awatef (31) and two of his children, Abdel Rahman (8) and Lujain (4), as well as his father and one brother. Their house was hit by a few Israeli missiles which penetrated several floors of the building. The terrified family members fled outside, only to be attacked in the narrow street leading to their home. A missile hit them when they were just 30 meters from the house. Bassem survived because he had stayed slightly behind. “I stayed inside to wake one of the children up. When I went out, I found all my family either injured or dead,” recalls Bassem. 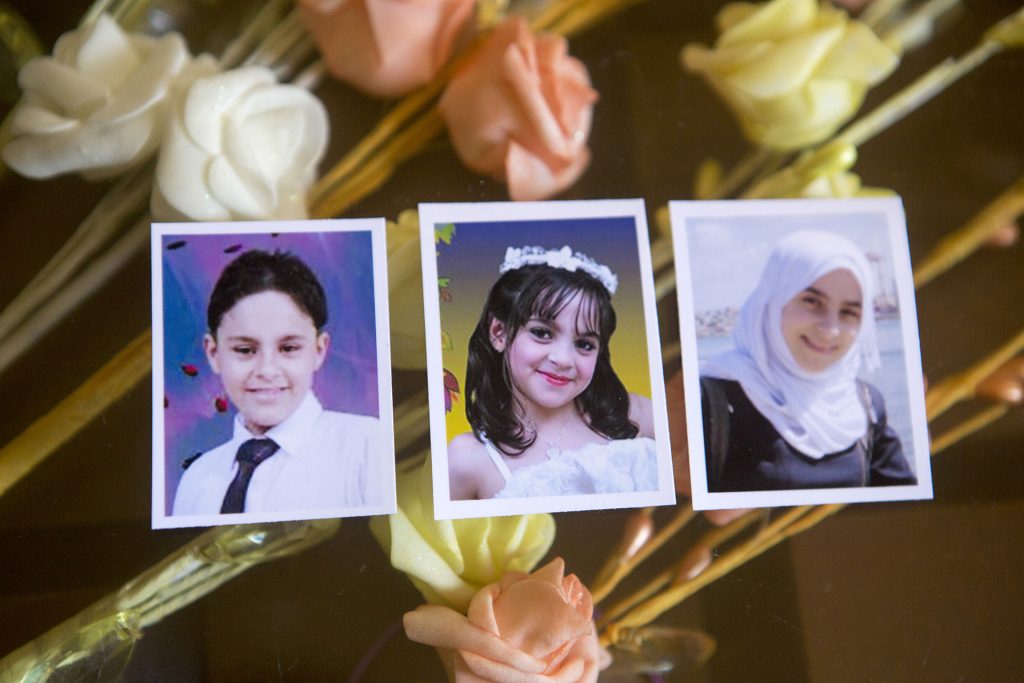