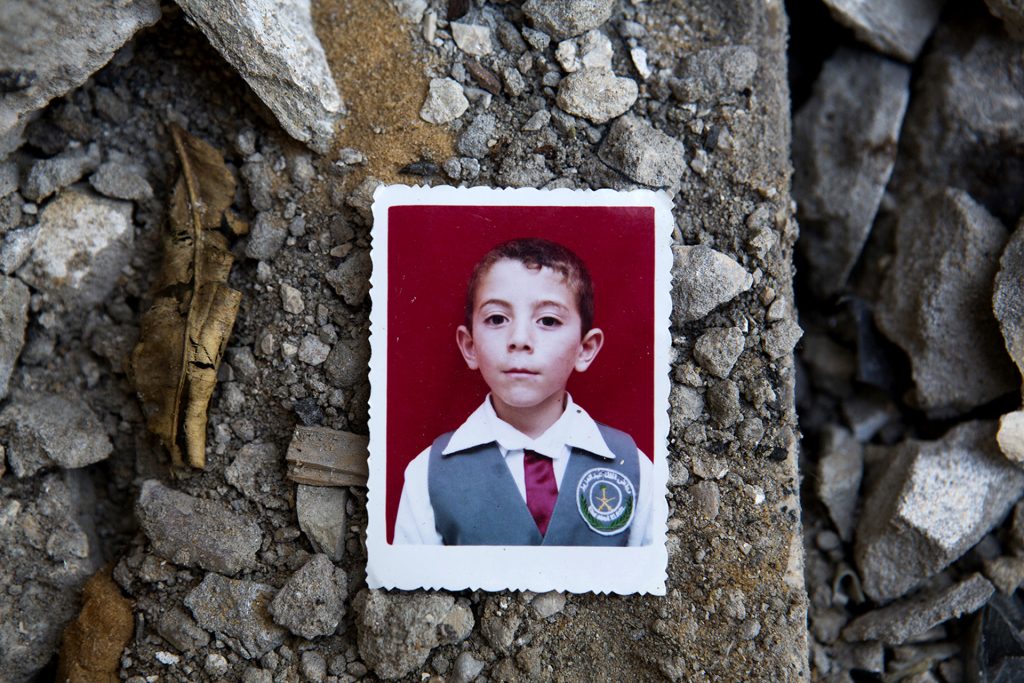 Photo: A photo of Abdallah Abdelhadi Mahmoud al-Majdalawi (13) at his home in the Bir al-Na’jeh area of Jabaliya, North Gaza. Abdallah was killed here together with his brother Abdel Razeq (18), his cousin Mahmoud (7) and his niece Rawan (8) when the house was hit by an Israeli missile. 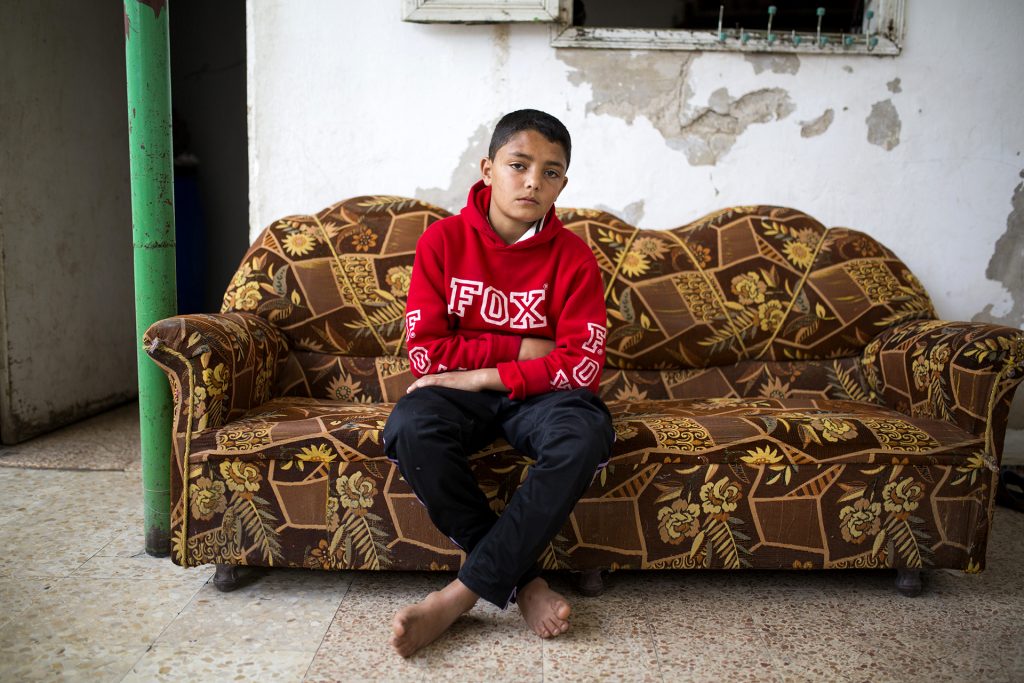 Abdallah’s twin brother, Talal (on the photo), survived the attack. He was right in front of the house when he heard the sound of a missile approaching. He ran towards the door to warn his siblings, but there was not enough time. Talal’s brothers and his cousin were killed right in front of him and he sustained serious head injuries.